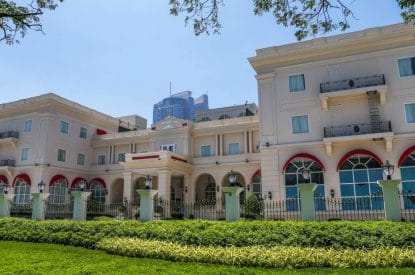 PAGCOR, the Philippines gaming regulator, has rejected calls to close the ‘loss-making’ Casino Filipino in Manila Bay, saying it is tied into a contract with Vanderwood Management Corporation, and that its only option is to try and reverse its revenue trend.

The Philippines’ Commission on Audit (COA) recently highlighted that the venue has lost Php2.11bn in just five years.
“The existence of adverse financial conditions for five consecutive years of the CF-Manila Bay casts doubt on its ability to operate as a going concern,” the COA said.

Pagcor replied: “While it is true that the local gaming landscape is becoming increasingly competitive due to the opening of integrated resorts in Metro Manila, among other factors, we deem it necessary for COA to consider CF Manila Bay’s steady contributions to PAGCOR’s mandated beneficiaries as part of the branch’s profits and contributions to nation building and not as losses.”

Another point of clarification, CF Manila Bay only commenced operations in August 2017, less than two years to date. The P2.11bn worth of losses cited by COA, which dated back to 2014, was not accurate as it included the revenue deficits of CF Pavilion, which ceased operations last March 2018. CF Pavilion is a branch independent of CF Manila Bay.

In its AOM, COA cited that “the decrease in the net income is a combination of a declining total income and a steady rate of mandated contributions and Corporate Social Responsibility financial assistance.”

Pagcor stated: “It is only after deducting the mandated contributions and corporate social responsibility financial assistance, “which are independent on the income from gaming operations”, that negative figures are registered. Since the start of its operations in 2017, CF Manila Bay has already contributed a total of P875.58m for PAGCOR’s mandated beneficiaries including the 50 per cent government share, the Philippine Sports Commission, the Bureau of Internal Revenue for the five per cent franchise tax and the host cities’ share.”

Pagcor highlighted that CF Manila Bay’s gross gaming revenue has in fact been steadily increasing since it opened 23 months ago. This has resulted to a rise in net operating income from a monthly average of P4.22m in 2017 to P13.38m in 2018.

It added: “To stay on a profit level and to avert revenue deficits, PAGCOR is rationalising CF Manila Bay operations and reducing OPEX. It is currently focusing its marketing efforts on the branch’s potential niche, the high limit and VIP table games. Also, to generate additional revenues, CF Manila Bay is now pursuing the sublease of its second floor area to junket operators. Furthermore, an income sharing scheme is being seriously contemplated for a guaranteed positive bottom line.”