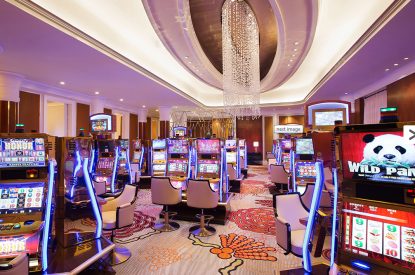 Bloomberry Resorts will spend almost P51bn to complete the second phase of Solaire Resorts & Casino by November with the aim of making it one of the biggest casinos in the world.

Chairman and CEO of Bloomberry Enrique Razon said: “Work is in full swing, and we are set to open in the fourth quarter, on time and on budget. We have a rough plan [for Phase 2] and if the market justifies it, we’ll start developing it. It will be bigger than Phase 1 and 1-A.”

Bloomberry President and COO Thomas Arasi said: “Once the expansion has been completed, Solaire will rank among the largest and most comprehensive integrated resorts in the world. Upon completion, Bloomberry will have invested P50.912bn in Phase 1 and Phase 1-A combined. Construction is continuing nicely, and we remain confident that we will open and commence operations in the fourth quarter.”

Phase 2 of Solaire will see the addition of three hotels with 1,500 rooms alongside an event area for 15,000 people, a further 100,000 sq. m. of exhibition space and retail with 35 new food and beverage outlets.

Bloomberry is on course to introduce phase 1a in the fourth quarter. This will include 312 hotel rooms, a shopping center, a 1,700-seating entertainment theater, 3,000 parking spaces, a night club, and more restaurants. There will also be an additional 220 slot machines and 65 VIP gaming tables.
Bloomberry posted total gross revenues of P7.381bn, over 11 times the P661m generated in the same period last year, generating a profit of P1.461bn from a loss of P1.056bn in the same period last year. Gaming accounted for 95.7 per cent of the total, followed by hotel, food and beverage which accounted for 3.9 per cent.

Mr. Razon said: “It is significant that we were able to turn a profit after only a year of operation. This is proof positive that the group, without a third-party management company, has the ability and the acumen to manage an integrated resort. During the year, we laboured on building our core business while working on the expansion that would make Solaire a truly integrated resort.”

He also revealed that Bloomberry was looking to invest in other casino projects overseas, particularly Japan, where it was already in talks with potential Japanese partners. It would mark the first overseas development for Bloomberry.