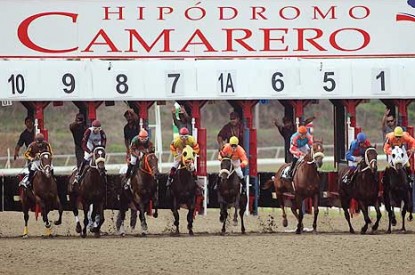 Hurricane Maria has devastated The Camarero Race Track (Hipodromo Camarero) the only horse racing track in Puerto Rico. It is believed that the track will not be able to resume its activities for at least six months.

According to Thoroughbred Daily News, the hurricane ripped the roofs off the riding stables and there is no drinking water or food. Fortunately there were no human losses and no horses were killed during the hurricane which landfall in Puerto Rico at 11.15am last on September 20. Around 850 purebreds are usually stabled at the track.

The material losses are estimated to add up to around US$20m. However, according to Puerto Rican Racing Commissioner Jose A. Maymo this amount could be much higher as the grandstand and the clubhouse were destroyed as was the surrounding area to the track. The Hipódromo Camarero management are now waiting for the insurance company to authorise work so that races at the track can begin as soon as possible.
Hurricane Maria is the tenth-most intense Atlantic hurricane on record, the worst to strike Dominica in history and the worst in Puerto Rico since 1928. It knocked out power to the island’s entire population of 3.5 million. The effect of the storm will be devastating to the island’s economy which is already in crisis. Since 2005 Puerto Rico’s economy has shrunk by about 10 percent, unemployment stands at over 12 6per cent and the country has now run up a bond debt of over US$70bn. Resident commissioner Jenniffer Gonzalez-Colon (R) estimated last week that the cost of damage from Hurricane Maria could be as much as $20bn while President Trump tweeted that Puerto Rico is “in deep trouble.”

The Camarero Race Track was acquired by the Camarero Race Tack Corporation in 2005. The track reopened in 2007. Since 2009 the track has been permitted to operate 2,500 slot machines at its horse race betting shops in order to help the company overcome the economic difficulties that the industry has experienced due to the declining popularity of horse racing locally. Today agencies affiliated with the track run a network of progressive slot machines which offer a wide variety of games and high jackpots. 30 per cent of the profit made by the slot machines is returned to the operators of the horse race betting shops which are part of the network while fifteen percent of the proceeds go to a special fund in order to raise the prize fund for races held at the track.