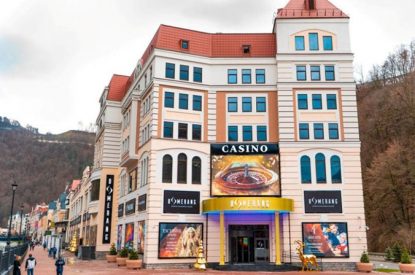 A new land-based casino has been opened at the Krasnaya Polyana gambling zone in Sochi, a summer resort on Russia’s Black Sea coastline.

The casino, called Boomerang has opened in the mountain resort of Rosa Khutor with 204 slot machines and 20 gambling tables (roulette and card games). It has created 400 new jobs.

The company behind the development of the gaming zone: Domain has been working on the Krasnaya Polayana project since 2017. In January 2017 the company opened its first casino there with Sochi Casino being built on the Gorki Gorod mountain resort. Eleven months later Domain opened a slot hall called Bonus. According to Domain, by the end of 2017 total investments in the infrastructure of the gambling zone amounted to about 4bn rubles.

Dmitry Anfinogenov, Director of development for the Krasnaya Polyana gambling zone, said: “The entertainment center of the casino” Boomerang “is a large-scale project, which is developed in stages. Initially, the first floor will be opened with a casino and a food zone. In the future, the company plans to open also a sports bar on the first floor, an a la carte restaurant and a night club on the second floor. The entertainment center may also include a karaoke and additional VIP-zones for punters on the second floor. The project also includes a mini-hotel complex. These are our plans for the future, and when they are realized, the entertainment center will function as a single organism.”
With the launch of all stages of the Boomerang project, the total investment will exceed 5bn rubles.