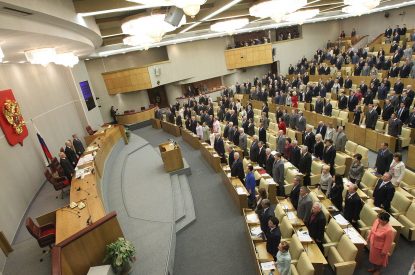 The State Duma in Russia has signed off a bill to develop two more gambling zones in Crimea and Sochi in order to bring investment and more tourists to the regions.

Anatoly Karpov, the First Deputy Chairman of the Duma Committee, said: “The creation of a gambling zone in Crimea will attract additional investment to the region, create jobs and improve the tax base. An increase in tourism as well as the development of hotel businesses and catering can be expected.”
The locations of the zones will be chosen by local government. In Crimea, the zone is expected to generate some US$720m of revenue with investment pitched at between $100m to $1bn. The most likely location for the Crimea gambling zone is most likely to be in Yalta, according to Sergey Aksyonov, the Head of the Crimean government. Yalta is a holiday resort on the north coast of the Black Sea in the Crimean peninsula.

The bill, which has now completed its second reading, has also given the green light for a gambling zone in Sochi with the most likely location being Gornaya Karusel which is part of the Esto-Sadok Krasnaya Polyana resort. Gambling was outlawed in Russia in 2009 apart from in the Altai, Krasnodar, Primorye and the Kaliningrad regions.

Global Market Advisors (GMA) believes the Russian market would eventually generate eight per cent of the world’s gaming revenue. It believes China will account for 57 per cent, Korea 22 per cent and Japan 13 per cent. The analyst believes the Vladivostok gambling zone will reach $1.2bn after three years of operation, and $5.2bn after a decade, making it one of the top four gaming destinations in the world, trailing Macau, Las Vegas, and Singapore.

Russia’s casino sector had reached revenues of around $9bn in 2009, before the government closed the sector down almost overnight and brought in the gambling zones casinos. Dean Macomber, President of Macomber International, recently said that Vladivostok was a ‘regional Asian casino that happens to be in Russia.’

Melco Crown Entertainment will open Vladivostok’s casino resort first later this year with an $110m project with 60 gaming tables, 800 slots and110 hotel rooms although it will eventually boast a further 100 more VIP tables and another 600 slots.

NagaCorp will spend $350m building a hotel casino with 100 tables and 500 slots although it is likely to open until 2018.

Vladivostok has been the first Russian gambling zone to attract big international operators. Whether the latest zones of Crimea and Sochi will do similarly remains to be seen.