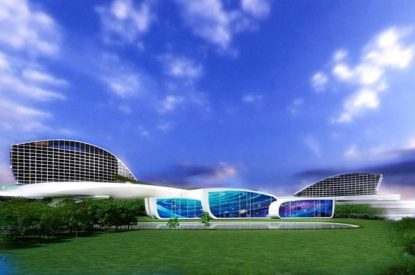 Two casinos destined for Russia’s Far East Primorye gaming zone, near Vladivostok, have moved in opposite directions with construction for Selena, the project put forward by Diamond Fortune Holdings, now underway whilst Royal Time Primorye’s proposals have now been kicked into touch.

Diamond Fortune Holdings has now started construction on its new US$900m Selena casino project in
Selena’s first phase will open with a 295-room hotel, as well as a casino floor boasting at least 100 gaming tables and 500 electronic gaming machines. Later phases will see the addition of two hotels, a spa, restaurants and retail.

Diamond Fortune CEO Yevgenia Varakina said: “We have received the necessary permits and started the active phase of operations.”

The authorities in the Far Eastern Russian gaming zone have called time on Royal Time’s proposals though. Royal Time Primorye was due to construct the US$215m Zhar-Ptsitsa Firebird Resort. Work should have started on the resort in spring 2016.

An official in the Primorsky Krai administration said: “There are several others who have already declared interest. If investors are not able to keep to the agreed plan, we will find others. The land allotted to Royal Time Primorye will be auctioned off.”

Analysts have speculated that the Royal Time project may be handed over to NagaCorp, the Cambodia-born operator who has already committed to developing one casino in the Far East.