Russia – Sochi signed off as a gambling zone 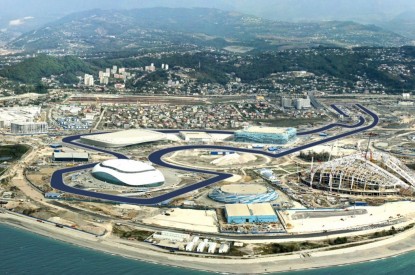 Russia’s Olympic city of Sochi has been signed off as the country’s next gambling zone by Prime Minister Dmitry Medvedev.

The resolution has named the gambling zone as Krasnaya Polyana, comprising 165,000 square feet of land. The zone will eventually replace the Azov City gaming zone in the Krasnodar region.

President Putin ruled in May that casinos in Azov City could remain open until December 31, 2018. One operator there, Royal Time Group has lost a legal challenge to the enforced closure as it looked for compensation for its investments in Casino Oracul which it opened in 2010. The operator wanted 5.3m rubles (US$82,000) for losses and costs and 1.4m rubles (US$22,000) for lease payments but the 15th Arbitration Appeal Court rejected its appeal describing the losses as a ‘business risk.’

Having been forced to close in Azov City, Royal Time Group has turned its focus to Phoenix Resort Casino which it is currently building close to Summit Holding’s Tigre de Cristal in the Primorye Integrated Entertainment zone close to Vladivostock. It is also looking to expand into the Siberian Coin but has not yet commented on the potential of expanding into Sochi as well.

The hope behind Sochi as a gambling zone is for state-owned Sberbank to recoup some of the 1.5tr ruble (US$42bn) it invested to build the Sochi Olympic venues.