Singapore – Shares in Genting Singapore at lowest since 2010 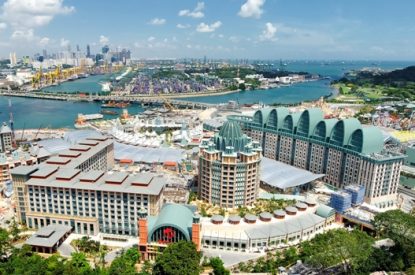 Genting Singapore, owner of Resorts World Sentosa has seen its share price drop 2.8 per cent to their lowest level in more than four years due to a weakness in Sinapore’s VIP sector.

The group’s shares dropped to S$1.06, their lowest since June 2010. They have fallen by almost 30 per cent so far in 2014. It is due to report quarterly results next month, however the signs from rival operator Marina Bay Sans, owned by Las Vegas Sands, are not particularly good. It reported a drop of 34 per cent in VIP volume business S$11.6bn in the quarter ending last month with overall revenue down five per cent to US$735.5m.

Macquarie Research said the third-quarter VIP results at Sands should send out ‘panic signals.’ “We believe the de-rating for Genting Singapore’s earnings is still only halfway and most of the street will now have to taper expectations from the local gaming market,” it said.