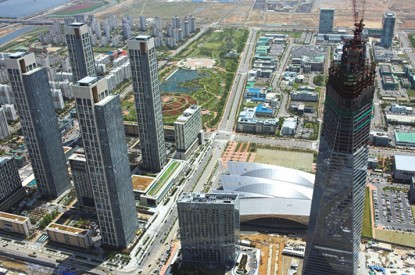 The Incheon Free Economic Zone of South Korea has scrapped a US$280bn plan to develop a fishing village off the country’s west coast into a gambling enclave that would rival the Chinese territory of Macau.

The government has been seeking to boost tourism to South Korea to help cushion the blow from slowing exports, which account for half of the country’s economy. The development in Incheon was part of efforts to build more casinos that would draw Chinese tourists en masse. There are 17 casinos in operation in South Korea, but only one is open to locals.

The Eightcity development would have created a resort complex with casinos, hotels and other entertainment facilities on a patch of partially reclaimed land 2.8 times larger than all of Macau. The contract was signed six years ago but construction never started.

Incheon Free Economic Zone officials said the consortium had repeatedly broken the deadlines for attracting investment since the contract was first signed in 2007. They finally cancelled the contract on Thursday, a day after the last extended July 31 deadline, after Kempinski failed to raise its promised $40 million to pay local land owners in the Yongyu-Muui district near the Incheon international airport.

The Incheon Free Economic Zone now plans to find new developers to replace the Eightcity consortium for fresh projects yet to be decided, officials said.

In June, Seoul’s tourism ministry turned down applications for casino licenses from international bidders: Japanese magnate Kazuo Okada’s Universal Entertainment Corp. and a consortium including Las Vegas-based Caesars Entertainment Corp. and Indonesian conglomerate Lippo Group. The ministry said they all failed to meet qualifications for the casino business in the country, without specifying details. Officials speaking on condition of anonymity said at the time that the bidders were assessed using various criteria like financial health, business experience, reputation and their proposed investment.