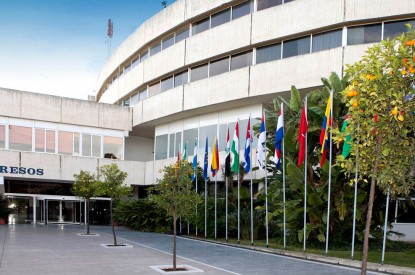 The Regional Government of Andalusia will authorise sports betting in slot parlours, bingo halls and casinos.

The announcement was made last week by local authorities during the fifth edition of the Andalusia Gaming Conference which was held at the Palacio de Congresos y Exposiciones de la Costa del Sol in Torremolinos.

Director General for Heritage of the regional government Antonio Miguel Cervera said that new laws would be in place within a year.
It is hoped that new rules will help the industry continue to recover after suffering subsequent falls in revenues between 2010 and 2014. Andalusia is the only government which does not permit sports betting and the news was greeted warmly by local industry insiders who have been lobbying for changes to local gaming rules for around five years.

According to data provided by the conference organisers the local gaming industry will generate €162.6m for the state this year – compared to €158m in 2014. Revenues fell between 40 to 51 percent between 2010 and 2014, a decline that only slowed last year. President of the Andalusia Association of Retailers and distributors of Gaming Machines (ACODISA) said that Andalusia ranks in second last place after Extremadura when it comes to income generated by the gaming industry . Sports betting he said has been “a new a new line of business that is working and working well in all regions except in Andalusia, the only autonomous region that has prevented their establishment.”

The Andalusia Gaming Convention aims to be a meeting point for all companies specialised in the sector, not only in Andalusia, but also in the rest of the Spanish autonomous communities. The gaming sector in the region generates a total of 12,200 direct and indirect jobs via a total of 881 gaming operators.

Andalusia could also prove to be an increasingly significant market in the future. In August it was revealed that the Novomatic Group had bought the Aljarafe Gran Casino in Seville through its subsidiary Admiral Casinos. With this operation, and also with the recent opening of Casino Admiral San Roque in Cadiz, where the company invested €20m, the Austrian Group is continuing its expansion strategy into the region.