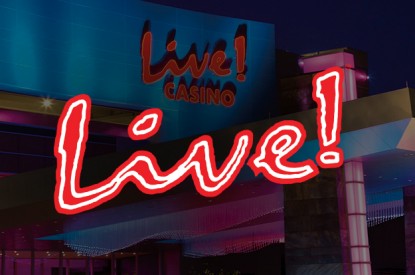 The Cordish Companies, the US casino operator behind the Live! brand in Maryland and Philadelphia, has announced spectacular plans to create a large scale hotel, casino and leisure complex near Madrid.

The company said that it had chosen Madrid due to its already existing infrastructure, its increasing popularity amongst tourists and well developed transportation networks.

Cordish said that it had been scouting out possible locations for the new resort for two years and had bought 134 hectares in the municipality of Torres de la Alameda near the Madrid-Barajas International airport. The project will be called Live! Resort Madrid.

Cordish has already presented the project to the Community of Madrid. Once it is licensed, the project will take 18 to 24 months to complete. The American investor also said that international and national banks will finance the project. The regulations of the community of Madrid require a call for tender if another company or investor wants to launch a similar project.

The area of casino gambling at Live! Resorts Madrid will occupy between five per cent and 10 per cent of the total construction and will house slot machines, table games and sports betting facilities. The resort will also offer four and five star hotels which will offer 2,000 rooms and could eventually offer as many as 4,000. The resort will also include a Broadway type theatre, a permanent circus and acrobatic facility. There will also be a large area dedicated to live concerts, as well as a comedy club and 16 cinemas including an IMAX Theatre. The new resort also aims to become an international shopping destination and will offer as many as 400 different shops.
The company was keen to differentiate itself from the failed EuroVegas project. “We are not looking to change any laws that exist to develop this and we are not looking for any subsidy from the government,” Vice President of Development and Design Abe Rosenthal said.

Plans to build a EuroVegas in Madrid were abandoned by casino and resort operator Las Vegas Sands in 2014. The project was first announced in 2011. The local governments of both Barcelona and Madrid battled it out regarding ways to make the necessary concessions over labour laws and taxation to make their city the more attractive venue for the American gaming company. Las Vegas Sands Corp. Chairman Sheldon Adelson announced that it was Madrid that had ultimately won the race to host the €18bn EuroVegas project. However the government of Madrid did not do enough to ensure the investment, and in December 2013 it was revealed that Vegas Sands had axed its plans to develop a mega-resort in Alcorcon, just outside of the Spanish capital of Madrid. It is believed that the company withdrew from the market because of the government’s failure to meet with a number of requirements regarding the lifting of an indoor smoking ban and local tax rates.

Mr Rosenthal said that the new project in Madrid would significantly increase tourist number over the coming years.

“We assembled sufficient land to make this a large scale entertainment destination. We anticipate that this will not only be an entertainment district for Madrid and not only for Spain but in fact it will enhance the number of visitors that will come to Madrid and Spain to participate and enjoy the facilities that we are creating. In total we expect to increase tourism by over 1.6m people annually and as the project matures that number will continue to grow,” he said.