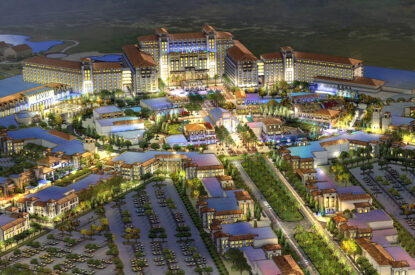 Baltimore-based Cordish Companies has presented new plans to the Executive of Madrid for the €20m Live! Resorts Madrid entertainment complex, featuring a multiplex casino, restaurants and hotels, five years after its initial blueprint was rejected.

The company still owns 134 hectares which it bought for its plans to develop there in 2016 with the government eventually rejected the idea due to the emphasis on the casino-side of the project.

In 2016, Cristina Cifuentes, the then president of the Community of Madrid, had said that Cordish’s previous proposal – for Live! Resorts Madrid – looked promising, but the next year the government finally rejected the projectsaying that it didn’t comply with the requirements for such infrastructure. The government didn’t like the weight the casino would have in the project and also feared the impact on traffic

Speaking to La Información, Díaz Arias, the law firm representing Cordish Companies in Spain, said the project would ‘represent an economic boost for Madrid and for Spain.’ “We have taken the experience of the previous project and taken into account all the things that weren’t liked last time. That’s why we have included some options in, for example, environmental matters,” it said.

“This type of project requires the approval of many ministries, including the department in charge of environmental matters. We are cautious. The last time we were optimistic and things didn’t come to fruition. We need to be realistic.”

“This is not about a political issue, this is an economic issue. A lot of jobs are going to be created and it doesn’t matter if you’re a socialist, PP or from Vox. Political issues must remain in the background around this.”