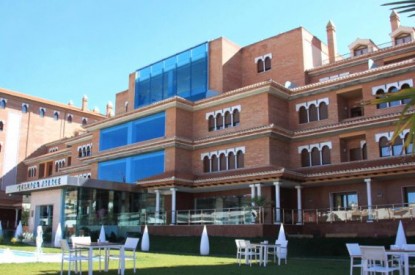 The Ministry of Finance and Public Administration has awarded Novomatic the licence to operate a casino in Granada.

The Casino de Monachil will create 200 new direct jobs and the licence will be valid for 15 years. The new project was looked upon favourably by the gaming board, as the new facilities will be integrated into the tourist complex of Monachil, which already has a hotel with spaces for events and celebrations, sports areas and restaurants. The location (the municipality of Monachil in Sierra Nevada – a mountain range in the province of Granada) will contribute to the promotion of tourism in the area, which was one of the key requirements in the bidding process. The location and its relationship with the surroundings of the new casino has also been taken into account, since no opposition has been presented by residents or resident associations belonging to the area.

In addition the Novomatic bid contains larger spaces and higher quality specifications than those established in the tender. Specifically, the gaming rooms will be located in 1,670 square meters, and the casino will include complementary facilities of a bar, restaurant, living rooms and entertainment facilities. It also provides for a larger allocation of parking spaces exclusively for the casino, with a capacity for 213 vehicles.

Besides Novomatic, Cirsa and Grupo Orenes both also applied for the licence. Orenes Leisure a hotel restaurant service, and gaming company along with Automáticos Canarios, which provides recreational products and services, would have invested €6.2m if chosen, and planned to formalise a strategic alliance with the Barceló Granada Congress hotel. In January 2018 Spanish operator Cirsa Gaming Corporation announced that it had put forward a bid for the new casino. It planned to make an initial investment of €9m and employ 400 people. The new Cirsa casino would have been located in the Hotel Camino and would have been the only casino located in the capital.

The final announcement puts an end to over a year of speculation over the sixth casino licence in the region. In February 2017, The Regional Government of Andalusia first announced that it would issue an order authorising a new casino in the city of Granada. According to government estimates, the casino could welcome as many as around 50,000 visits in the first year of operation. The casino may not be more than 30 kilometres from the capital meaning that the casino must “fall into the capital’s zone of influence” and applicants had until the end of August last year to submit their proposals.