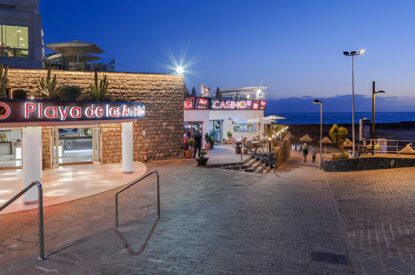 The President of the Council of Tenerife Carlos Alonso, has said that the appraisal report on the value of the three existing casinos on the island will soon be made public in order to proceed with their sale.

The official said that the report would be ready at the latest by the end of this year and that his goal is to put them forward for tender “as soon as possible.”

According to the official: “The sale of the casinos will serve to increase the competitiveness of tourist activity on the island.” This he said had been the initial goal when the local government first allowed casinos on the island more than 30 years ago.
Despite three operators allegedly expressing their interest, no one came forward to buy Playa de Las Americas casino in the south of Tenerife when it went up for tender in 2014. This was despite the fact that the casino was the only profitable casino on the island. Alonso said that the failure to sell the casino was because while there were three bidders: “The value of the sale was related to the income stream for the whole life of the casino beyond the licence, so that investors said that there was uncertainty because the value was great due to the income received for so long and the casino (licence) had to be renewed every ten or twenty years and this made for uncertainty when it came to revenues. This is the the kind of problem which we have to resolve and I don’t think we will have any problem because we have enough (potential bidders) interested in the sale,” he said.

Alonso’s statements will come as good news for investors but the privatisation of casinos on the island has been a long running and increasingly acrimonious issue. In 2014 it was announced that the three casinos in Tenerife were to be privatised with then newly elected President Carlos Alonso saying that he also supported plans to open casinos in hotels. The government planned to sell shares in the casinos in Puerto de la Cruz, Santa Cruz and Playa de las Americas at some point later in 2014 after it was reported that only the Casino Playa de Las Americas posted profits in 2013.

Proposals put forward in 2014 would also see casino expansion in other hotels throughout Tenerife. While the administration was at pains to express that the opening up of the market would not hail in a new era of Las Vegas type gaming on the island, it was hoped that if the market was liberalised then it could bring significant investment in the area and increase the number of attractions currently on offer.

However, unions and many officials have been against the move from the beginning and have delayed the process. In May this year local counsellor Julio Concepción, said that the sale of the casinos was a “disgrace” “irresponsible” and an example of “arbitrary” policy that would have no benefit on the local community.