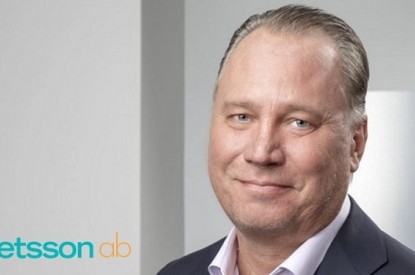 Betting operator Betsson has said it ‘no longer has full confidence’ in Patrick Svensk in his position of Chairman prompting him to resign from his position on the company’s Board.

Mr. Svensk said: “It is very sad, and I am sorry that I have disappointed our major owners, but I have done what I thought was best for the company” “I am proud of what we have achieved during these years and wish everyone at Betsson great luck in the future.”

He will be replaced by Board member Johan Lundberg, who said: “I would like to extend a warm thank you to Patrick Svensk for his valuable contributions to the Board for almost 17 years. I look forward to continuing the work with the rest of the board to recruit the next generation of international leader to Betsson and at the same time complete the strategic work that is going on with renewal and growth.”

Michael Knutsson, the Chairman of Betsson’s Nomination Committee, said he had ‘full confidence and support for the remaining Board members and its election of a new Chairman.’

The Board of Directors of Betsson confirmed last week that Pontus Lindwall would be leaving his position as CEO.

The company said it ‘has completed the assignment Back on Track, which is the program he was hired as CEO to implement in 2017. In the second quarter of 2021, Betsson reported its best quarter to date in terms of sales and earnings.’

The Board believes that Betsson is ready for further renewal in order to meet the challenges in an international environment, more regulated markets and take advantage of new opportunities. Against this background, the Board will begin the work of searching for the next generation of international leader to further develop Betsson.

Pontus Lindwall has led the development of Betsson and its predecessors for almost 25 years and is one of the industry’s leading profiles in digital gaming and gambling. Pontus Lindwall was appointed CEO of Betsson as early as 1998 and held that position until 2011, when he was elected Chairman of the Board. He took up his most recent assignment as CEO in 2017.

Pontus Lindwall will remain as CEO until a new CEO has been appointed. Pontus Lindwall is entitled to 12 months’ severance pay from the time he leaves the company.