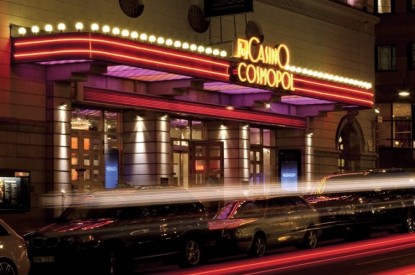 BOS, the Swedish Trade Association for Online Gambling, has again called on state-owned Svenska Spel to sell its interests in the casino and betting industry and end the government’s involvement in the commercial gambling sector.

Through Svenska Spel, the state is active in both of these markets, but now, according to Gustaf Hoffstedt
Secretary General of BOS, the time has come to divest Svenska Spel Sport & Casino, i.e. the part of the company that is active in the commercial, competitive gambling market.

“Around 70 gambling companies are fighting for market share in the part of the gambling market that is open to competition and offers online casinos as well as betting on horses, football, other sports, and even who will win the next parliamentary election or Schlagerfestivalen,” Mr Hoffstedt explained. “One of these companies is state-owned: Svenska Spel. It is difficult to find arguments for continued government commercial involvement in that market. Normally, the state usually engages in business activities when the market itself has failed, above all in terms of competition. There may be too few players in a market and the few that exist may have too dominant a position for competition to function. Then the state
steps in as a commercial actor with the ambition of countering that market failure. However, no one who has followed developments in the Swedish gambling market can claim that there is too little competition between the 70 companies that operate in competitive gambling.

“Competition is fierce and would remain so even in the absence of the state as a commercial casino operator and bookmaker in betting,” he added. “Another argument for conducting state-owned commercial gambling activities could be a desire to act as an example for all other companies on the market, for example in not producing as much gambling advertising as the competitors. Anyone who has followed Svenska Spel’s marketing since the reregulation knows, however, that the company is one of
Sweden’s largest advertisers in all categories, i.e. including gambling but also other large advertising buyers such as grocers and car manufacturers. Svenska Spel’s extensive advertising purchases rather force the private gambling companies to make larger advertising purchases on their part than would otherwise have been the case.”

A government investigation from 2017, which was the basis for the Swedish reregulation of the gambling market, states: “A state-owned gambling company that operates in direct competition with others is, in
principle, like any other gambling company.”

Mr Hoffstedt recognises that one argument for keeping the company under state auspices could be its return to the state. He counters that by sating: “The idea is of course not for the company to be liquidated, but on the contrary to be sold to the highest bidder and then continue to be run, albeit privately. With the same requirement to pay gambling tax.”

Not entirely surprisingly, there is a classic division between political parties on the right and the left. Parties on the left view positively that the state owns companies and runs businesses, parties on the right do not. This is also the case in this matter, and before the reregulation the centre-right parties had to waive stricter demands for the divestment of Svenska Spel Sport & Casino in order for the Social Democrat-led government to agree to introduce the gambling license system Sweden has today.

Mr Hoffstedt argues: “Now that time is over and we have a new government, which together with the Sweden Democrats forms a majority in the Riksdag. The moderates have long advocated a divestment of Svenska Spel Sport & Casino, as have the Sweden Democrats. The voters who have given the centre-right parties the power to rule Sweden have very reasonable expectations that the government will now move from words to action.

“This is really nothing new for a centre-right government. The last time Sweden had such a government, it concluded that the fact that the Swedish state had then become one of the world’s largest producers of alcohol was not in line with the government’s idea of what a state should do. Thus Vin & Sprit AB was sold in 2008, with the Absolut brand, for 55 billion kronor to France’s Pernod Ricard, which still runs the business for the benefit of Scanian grain farmers, among others.,” he added.

He concludes: “It is now high time that our own contemporary anomaly, the state role as casino operator and bookmaker, found an end. And unlike the long-awaited introduction of gambling licenses, which took place at the initiative of the Social Democrats, it would be desirable for this to happen during a centre-right wing government in power. What else should it have the power for, if not to implement what it said in opposition it wanted to do?”