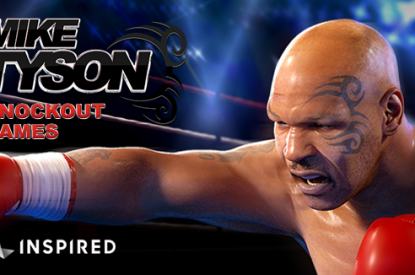 Inspired has launched its first Mike Tyson endorsed product exclusively with Betfred with the Mike Tyson Knockout Slot game now available to the Betfred estate across retail, online, and mobile.
The game features legendary boxer Mike Tyson, who has endorsed the Inspired suite of branded products for exclusive release.

Gerhard Burda, Chief Product Officer, Inspired commented: “It’s fantastic to announce the first release in this long-awaited suite of premium games, and Inspired is delighted to be exclusively partnering with Betfred for its biggest release of the year. Mike Tyson is an iconic figure in the world of boxing, and this suite of games perfectly matches our vision of “entertainment with an edge”, which he is so famed for, to players.”

John Haddock, CEO, Betfred, said: ‘”This is going to be a knock-out! Betfred is delighted to be offering these unique products exclusively to its our growing number of customers. Inspired is renowned for offering innovative and exciting new content, and this Tyson endorsed suite of products is certainly box office.”