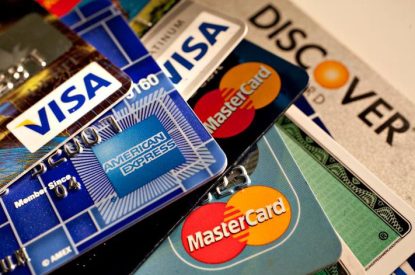 The UK Government is being urged to review current gambling regulations, as new research reveals consumers are racking up millions on credit cards entering popular prize draws and competitions.

The research from Jumbo Interactive found consumers spent £117m on credit cards entering prize draws and competitions in the last year, which due to a loophole, are not currently regulated in the same way as lotteries and raffles.

The study found nearly one in 10 people who entered ‘big ticket’ prize draws, offering the chance to win multi-million pound houses or luxury cars, or prize competitions, have ended up in debt as a result.

Using credit cards to gamble was banned in April 2020, but a loophole in regulation means there are currently no restrictions on commercial prize draw or prize competition companies. For prize draws, this is because they offer “free” entry methods, where it’s possible to play by post for the cost of a postage stamp. Yet, despite this ‘free to enter’ route, an estimated £860m was spent on entries into prize draws in the last year.

Prize draws and competitions that promise a donation to charity also makes 45 per cent of participants more likely to enter, yet over half of players (57 per cent) admit to not checking how much actually goes to good causes.

Jumbo Interactive is now calling for greater regulation of the growing prize draw and competition market, highlighting significant consumer protection concerns over credit card debt, as well as a lack of transparency around prizes and charity donations from entry fees.

It is also urging consumers to check the T&Cs as there is little enforcement of minimum donation percentage for prize draws and competitions. This compares to regulated society lotteries, which give a minimum of 20% of gross ticket sales and often over 50% to good causes.

Nigel Atkinson, UK General Manager, Jumbo Interactive comments: “A huge amount is being spent on credit cards on prize draws, pushing people into debt – despite the free entry option being the reason they are exempt from oversight. With so much money changing hands, the government needs to look at the proper regulation of prize draws and competitions to better protect consumers.

“For many, the fact that some of the cost of entering prize draws and competitions goes to charity is a big part of why they enter. But it remains easy for companies to bury information in the terms and conditions about how much actually goes to charity. Society lotteries on the other hand have minimum donation rates and help raise funds for a wide range of important causes, large and small. Public trust is crucial for society lotteries to operate successfully, and increased regulation of the prize draw and competition market will offer that consistency and transparency.”

Tony Vick, Chair of The Lotteries Council, added: “The Lotteries Council is increasingly concerned about the use of prize draws operated by commercial gambling companies which are marketing themselves in a similar way to charity lotteries. Lotteries face a series of legislative hurdles that restrict our ability to grow and raise funds for good causes while prize draws face no limits on how many tickets they can sell, what prizes they can offer, and choose whether and how much to give to any charity. We hope the Government looks at this to ensure a fairer playing field.”

Falling foul of scams has also been an issue for 15 per cent of entrants, including paying money for postage on a prize that never arrives, paying a significant amount of money on phone calls or texts to enter a competition without it being clear that it would cost that much, or winning a prize that turned out to be of less value than advertised.

Notably, 72 per cent of those who enter lotteries, draws or competitions think prize competitions and prize draws should be regulated in the same way as gambling.