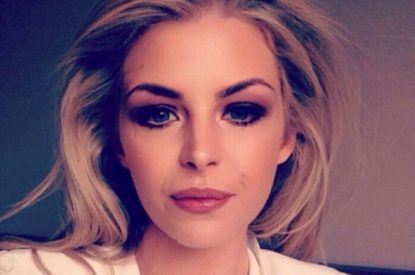 Checkd Group has announced the appointment of two new hires to its poker division – Lee Johnston and Sophia Darling.

Lee has joined the Manchester-based company as its new Poker Manager, with Sophia Darling installed as new Poker Executive. The pair will lead Checkd’s poker strategy, which is spearheaded by the Footy Accumulators Poker League, powered by PokerStars.

Mr. Johnston is an experienced figure in the poker industry, who as Head of Events for Ace King Group led live and tournament marketing projects for global brands PPPoker and KKPoker across Europe, Asia and LatAm. He also created VGC Poker, one of the biggest poker rooms in the north of the UK, and also held a role as manager at bwin.party’s World Poker Tour.

Lee commented: “The development of the Footy Accumulators Poker League has been widely noted within the poker industry and my aim is to take it forward to the next level. This is an exciting time to join a business that has real ambition and I can’t wait to get started.”

Ms. Darling has previous experience of working as a Freelance Data Analyst and Content Creator at PokerStars and will assist the push to further grow a segment that has been a hit for Checkd Media’s 1.5 million-strong social community.

Sophia said: “It has been fascinating to see how the Footy Accumulators Poker League has grown since it came into being during lockdown. It is clear that there is still a strong demand for poker from the social community and our aim is to serve up the slickest entertainment possible, offering some great prizes while increasing traffic for our partners.”

The Footy Accumulators Poker League allows players to compete for weekly and monthly leaderboard prizes, with over £10,000 given away each month. Originally launched during lockdown, Checkd Media recently signed a new long-term deal with PokerStars to freshen up the tournaments, content and sign-up offers.

Checkd Media Managing Director, Alex Beecham, added: “The Footy Accumulators Poker League continues to go from strength to strength and has been given fresh momentum through the new partnership with PokerStars, the largest real money online poker site in the world.

“Lee and Sophia both bring with them significant knowledge and experience from the poker world. We are excited to have them on board as we continue to grow what has quickly become an essential element within our varied product mix and one that drives traffic while providing rich entertainment for our communities.”