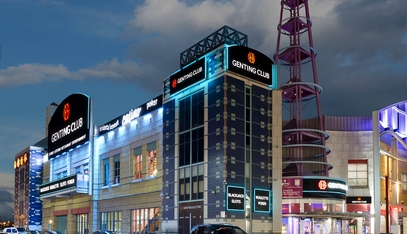 Star City, launched as the future of British casinos in 2003, is expected to close 13 years later in January.

Owners Genting UK is consulting with staff over placing them in new jobs throughout the North West.

The casino has been hit by the opening of another Genting casino Resorts World Birmingham close to the NEC, now called the Genting Arena, as one of the government’s new ‘large’ style casinos.

Genting UK said: “Genting UK are constantly reviewing their business to ensure they can offer the best possible facilities to customers and staff in the most efficient way. Earlier this week, we began consultations to relocate support staff from offices in Liverpool to Birmingham where we already have a large support function. We are also considering the future of our Star City casino in Birmingham. It operates in the shadow of our Resorts World facility, which offers some of the best leisure facilities in the world including an international casino, hotel and shopping centre. We have begun consultations with our staff and will make a decision in the near future. Our staff remain a priority and there are many opportunities for them in our facilities across the region and our estate nationally.”