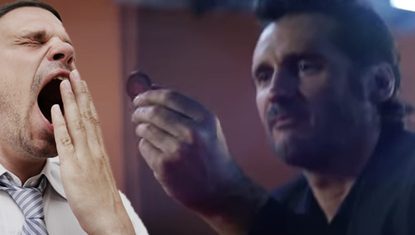 Genting Alderney, the online casino division of Genting Group, is launching a TV campaign. The 30 second advert, part of a £multi-million marketing campaign, premiered on October 5 2015.

Entitled ‘The Player’, the commercial follows a fictional character, Charlie, through the streets of Kuala Lumpur, birthplace of the global Genting brand, accompanied by a voice-over narration revealing his thoughts on the ethos of players. The dramatic city landscape is interspersed with iconic casino images, designed to reflect how close the online offering at www.gentingcasino.com is to a real casino experience.

Created and produced by Guernsey-based LRD-eGambling Partnership, the campaign was devised using extensive focus group research involving regular players of both online and land-based casinos. The research revealed players across the board believed existing TV adverts failed to represent the motivations and attitudes of ‘serious casino players’.

Genting is committed to addressing this gap in the market that can only be fulfilled by an integrated online and land-based casino offering.

The main character within the TV campaign is played by actor Charlie Gardner, who stars alongside Matt Damon in Ridley Scott’s latest sci-fi film ‘The Martian’. The stunning cinema quality of the advert is accompanied by an infectious soundtrack, provided by the emerging rock band ‘Crybabycry’.

Peter Nolan, MD at gentingcasino.com, said: “As part of one of the world’s leading land-based casino operators, Genting has unrivalled player knowledge and insight, which ensures the advert speaks to our audience in a relevant and different way. Genting players are informed and knowledgeable and we wanted to reflect this in our portrayal of the lead character, Charlie.

“As Genting Group celebrates its 50th anniversary, our heritage gives players the confidence to play both online and offline. Over the last 18 months we have undertaken a significant investment programme in our internet gaming system, web sites and mobile capability, ensuring we continue to innovate in the live casino space and deliver an unsurpassed experience tailored to our players’ needs. This campaign is just the start of a very exciting series of developments to ensure our online offering is best in class.”

Director Nate Camponi, who has previously worked with Jack Daniels, Nike and Hotel Football, said: “I saw this as a real opportunity to shoot something truly standout and completely striking for gentingcasino.com. For me, the film is about the way the players feel – the way they see themselves and the way they want others to see them. It’s an attitude, a swagger, a way of carrying oneself. We wanted to visually capture the challenges and reality of the casino world with its mixture of entertainment, risk and reward.”

The new creative approach will be carried across all marketing channels and Genting UK’s national network of 45 land-based casinos, including Crockfords, which is recognised as the oldest private members club in the world.