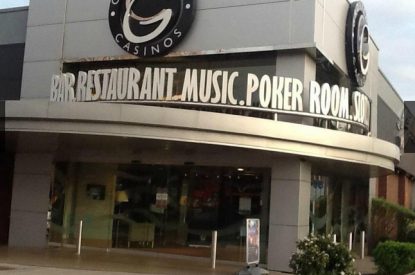 Grosvenor Casinos has been awarded its first 2005 Act casino licence in Luton.

The ‘small’ licence will be developed at the group’s existing G Casino meaning the floor space can be increased to less than 1,500 sq. m. and the machine quota pushed up to 80 of categories B, C or D. The number of machines must be no more than twice the number of gaming tables used in the casino. Rank beat off competition from Genting and Manorgate Casinos to secure the small licence.

Rank will also now be able to offer sports betting at its Luton casino.

The news came following the Rank Group’s second half operating results where it reported solid results saying there has been ‘increases in revenue and operating profit driven by the acquired casinos.’
It said that following a challenging first half, operating profit was up 21 per cent in the second half compared to the first. It added that it had completed the successful integration of the acquired casinos, completed on budget and on time.

Henry Birch, chief executive of The Rank Group Plc said: “Performance improved in the second half of the year following a challenging first six months. The Group is well positioned for future growth with the cut in bingo duty, major capital investment programmes planned at Nottingham, Bournemouth and Luton casinos and full year benefits from the £8.9m investment into new product in the acquired casinos. In the short term the introduction of a digital point of consumption tax will impact performance but our strong brands and market leading positions ensure that the Group is well placed and provides long-term opportunities.”

Rank also reported mobile revenue growth of 43 per cent, with mobile now accounting for 26 per cent of digital revenue.

Digital revenue grew impressively during the period, increasing by 38 per cent to £13.5m with live casino now a major driver for digital revenue.

Mr. Birch added: “While Rank has built strong positions in venue-based gaming, we have not yet been able to replicate this across our digital channels (desktop, tablet and mobile). In 2013/14, our digital operations generated just 10 per cent of Group revenue whereas digital channels now represent around 30 per cent of Great Britain’s gambling market (excluding National Lottery).We recognise that we need to step up our capability in this area if we are to meet the changing needs of our customers and to capture a greater share of the digital market. This year, we will put in place a number of building blocks to support this aim including the appointment of Colin Cole-Johnson as Group Director of digital and cross-channel services.”