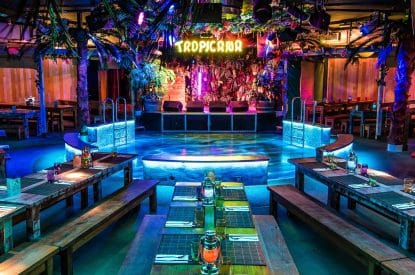 iGB Affiliate, the leading information provider for the iGaming affiliate industry, has announced the networking schedule for next month’s London Affiliate Conference (LAC).

Delegates will be provided with an action-packed schedule giving them an opportunity to network with colleagues in the trendy east side of London.

Among the highlights are the official opening party at Trade Union, an official UPAYCARD networking party at Tropicana Beach Club and the unwind session at the Draft House.

iGaming Business’ head of operations, Shona ODonnell, commented “This is traditionally the busiest time of the year for our industry, but we can’t wait for the London Affiliate Conference to get underway next month.

“We have laid on a series of events that will allow delegates to network and unwind at some of London’s most exciting venues.

“It’s an ideal opportunity to spend a week in London with the industry’s most influential individuals.”

The full schedule is as follows:

• Official networking party, sponsored by UPayCard, (Thursday, 8th February 2018, 21:00 – late): The official networking party will be held at Tropicana Beach Club. With two themed bars, exotic flowers, plants and palm trees, the venue is certainly a fun filled party destination and the best place for you to meet your fellow delegates.

• iGB Affiliate Awards (Friday 9th February 2018, 21:00 – late): Join us at The Brewery, 52 Chiswell Street, London, EC1Y 4SD in celebrating the final night of the conference and the achievements of the industry over the last 12 months.
• Unwind Session, sponsored by Intertops (Saturday 10th February, 2018, 13:00 – 16:00): To finish off the week, the traditional unwind session will be at the Draft House. Delegates are invited to stop by before catching flights and trains home, and to say your farewells to old faces, new friends and potentially new business partners in a relaxing environment.