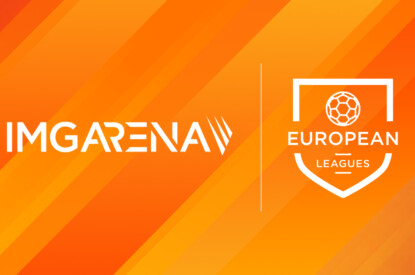 IMG ARENA will capture live game data in stadia from over 8500 matches a season and distribute it to hundreds of licensed sportsbook operators around the world in under a second.

Jacco Swart, Managing Director of The European Leagues, detailed: “We are pleased to have supported our members as they form an exciting new partnership with IMG ARENA. It marks a new era for European football data and is a true reflection of our mission to enhance and protect the national competitions run by the domestic leagues.

“The new cooperation marks a continuation of our strategy to help our members manage both the integrity and growth of the competitions they organise in a rapidly evolving sports data landscape.”

The deal with the leagues listed below was secured following a competitive tender process that was supported by the Association of European Professional Football Leagues (The European Leagues) and will run from the 2022/23 or 2023 seasons.

Freddie Longe, EVP and Managing Director of IMG ARENA, added: “This new relationship with The European Leagues will be transformational for our business and reinforces our position as a global leader in sports data capture and distribution technology.

“We are passionate about protecting the integrity of sport and have had a consistent position and commitment to distribution of official content since our launch in 2012.”