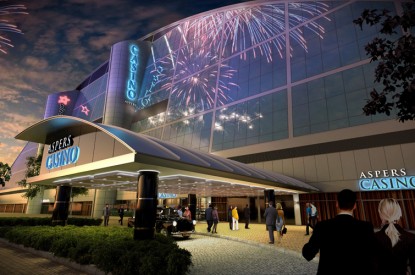 Six lucky gamers enjoyed a very successful end to the month as they scooped a combined total of £74,066.36 at The Casino MK.

FromMay 26 to June 1, The Casino MK in Milton Keynes, experienced its highest number of jackpot winners in one week to date, including a double jackpot win on 1 June.

The first and biggest jackpot winner from Dunstable on May 26, who can only be referred to as Mr R, won £18,195 on the super casino’s Novomatic Gaminator slot machine, on a stake of just 50p.

“It is always hugely exciting when someone wins big at The Casino MK, but for six gamers to win in just seven days is fantastic” said General Manager, Nigel Hartland. “What a brilliant end to the long bank holiday weekend, and a month of big wins…one I’m sure our winners won’t forget in a hurry.”
The Casino MK has seen 18 jackpot winners since January, with eight lucky winners pocketing almost £100,000 between them this month. We’re looking forward to many more big wins in June, particularly with the ‘Spin for a Million’ game being run across all four Aspers Casinos.”

To enter, customers use their Aspire Reward card to earn tickets for a draw and a chance to win a place at the ‘Spin for a Million’ semi-final on Sunday 15 June.

At the semi-finals five people will be picked to go through to the Grand Final and the chance to pick a box – one containing £5,000 cash, another with £2,000 and the three remaining with £1,000 each. The 20 finalists will be invited to Aspers Westfield, Stratford City on Saturday 21 June for the chance to win £1 million.

Mr. Hartland said: “We are very excited to be giving away such an unprecedented amount of money; there is a guaranteed £25,000 cash prize that one of the finalists will win plus the chance to spin for £1m.”