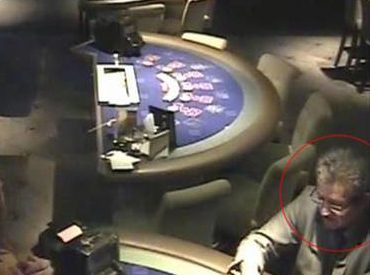 The London Metropolitan Police has secured first conviction for ‘card marking’ with Mihai Lacatos, 62, sentenced to a total of 18 months imprisonment.

The Romanian used fake identity cards and driving licences to gain entry to casinos he had been banned from.

He used ‘card marking’ to cheat at three-card poker at casinos across the country. Detectives from the Metropolitan Police Service Gaming Unit began investigating after they were contacted by Caesars Entertainment, which owns the Playboy Club, one of the many casinos where Mr. Lacatos cheated, in January 2014.

Mr. Lacatos used sleight of hand to bend cards at the poker table, so that he would later be able to tell what the dealer and other players had been dealt, giving him a significant advantage.
Detective Sergeant Claire Hutcheon of the MPS Gaming Unit, said: “Lacatos spent hours marking cards because he thought he could get away with it, but the gamble didn’t pay off in the long run.
“We work closely with the casino industry to stop even the most dedicated cheats, like Lacatos.”