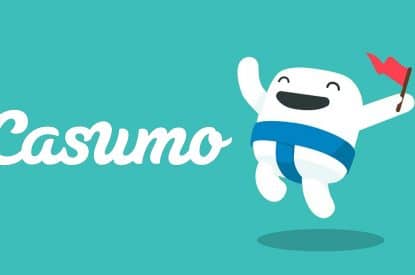 Marking another milestone for the Malta based software provider, Nolimit City have reached a partnership deal with the trendsetting casino innovator, Casumo. A deal between the two was inked in January following a long viewed mutual interest in collaborating together.

The Malta licensed operator, known for its quirky and unique approach within the gambling world, has gained steadfast traction in the last years by maximizing their games portfolio and offering a best in class player journey. Casumo, a company known for coming up with standout marketing that emphasizes their identity as the fun casino, having also entered multiple regulated markets, such as the U.K., Denmark and most recently newly legislated Sweden. Not to mention being home to a large list of jackpot winners across the years.

Casumo will house Nolimit’s content within the growing list of premium suppliers that have helped the company grow to where they are now. The two have agreed a release plan across the month of February and will be going live in the U.K., Sweden and additional MGA identified markets. All of Nolimit’s latest and games will go live including their latest releases, Fruits, Ice Ice Yeti and stand out titles like Hot Nudge and Casino Win Spin.

Malcolm Mizzi, Commercial Director at Nolimit City, stated: “Seeing our games live on Casumo’s casino library means the world to us! Everyone knows the level of excellence the company has strived to achieve in all these years, so having partnered up with an operator like Casumo makes us a step closer to realizing our dream to becoming one of the leading supplier brands out there.”

Andreas Vickman & Josefine Hellström from Casumo added: “We have been impressed by the quality of the Nolimit portfolio for quite a while now and we believe that the titles will be appreciated by our players, especially within our core markets. We are also excited to see the performance of upcoming games from Nolimit. In addition, Casumo are looking forward to a fruitful long-term business relationship with Nolimit. Let’s go.”