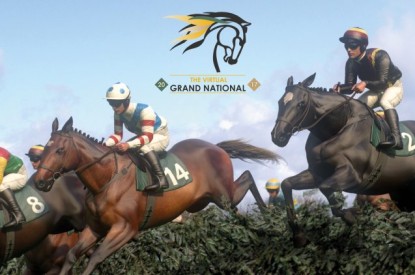 Inspired Entertainment is celebrating the first retail launch of its newest virtual horse racing product The Virtual Grand National with Paddy Power Betfair across the bookmaker’s full retail estate of over 620 stores in the UK and Ireland.

Paddy Power is the first operator to go live in retail venues with The Virtual Grand National, an official licensed product with The Jockey Club featuring a full recreation of the iconic Aintree racecourse. The Virtual Grand National is displayed on Paddy Power TV, alongside real live racing, as a featured event where customers can place their bets in venue with new events approximately 10 times a day.

The Virtual Grand National provides new betting opportunities, larger prizes, and all the thrills and spills of the world’s most famous steeplechase presented in the latest cutting-edge graphics and animations.

“Paddy Power is a great partner and a long-time valued customer,” said Steve Rogers, Chief Commercial Officer of Virtual Sports at Inspired. “We are very proud of the final product and hope that Paddy Power customers will enjoy being able to experience the excitement of the Grand National all year round.”

Every year, one in four Britons bet on the Grand National, the world’s most famous and prestigious horse race, which attracts over 600 million viewers, making it one of the most watched televised sporting events of the year.

For the last two years running, Inspired has teamed up with ITV and Carm productions for a broadcast of The Virtual Grand National. With Inspired’s Virtual Horse Racing engine as the centerpiece, the show attempts to predict the winner of the Grand National using mathematical algorithms.