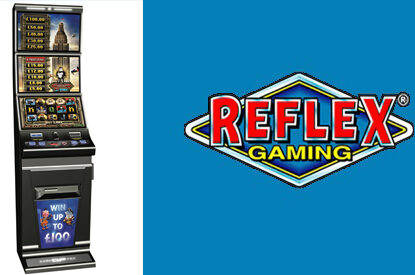 The dissonance between analogue and digital games and their players has been brewing for a number of years something which Reflex Gaming is keen to rectify as the company continues to focus on providing a full 360º Cat C solution approach to all players.

“At present we are probably selling approximately equal quantities of analogue and digital machines, at least into the UK,” explained Reflex Director, Mat Ingram. “I estimate that there are around 4,000 to 5,000 of our digital Cat C machines in the field, and now that operators are seeing the benefits of being connected to our Slingshot platform, I have sight of a growing number of these every day. From an analogue perspective, I would expect this number to be far greater due to the historic sales we have made.”

With its best-performing Cat C range, Reflex is the only major supplier still dedicated to innovating and supplying in the analogue field a position Ingram regards as essential to retailers and players alike. “Whilst there is certainly some crossover, it is definitely clear there are players who only play either analogue or digital games,” he said. “This accounts for the continued success of our analogue games despite the rather aggressive rollout of digital gaming, especially into pubs. A number of retailers are telling us that analogue income is so important to them that it is beginning to throttle the velocity at which digital gaming is rolled out. This speaks volumes to me, and it’s why we are so determined to carry on producing great analogue games despite the pressures from other parts of the industry.”

Across both game types, Reflex’s state-of-the-art platforms and technology are renowned for providing the best reporting in the UK industry alongside key SR messaging, functionality and Age Verification/Confirmation features. The company’s portfolio of digital Cat C games is making waves with a variety of top performing machines. “Across digital, our best-sellers have been Game Master, which continues to record strong sales, and GamePro which is our most recent cabinet to sell in significant quantity,” Ingram added. “With analogue, we continue to produce a new model every six weeks or so, which means the make-up of the live machine estate is a moving and constantly refreshing feast.”

Following a strong 2019, Reflex is continuing to drive its complete pub Cat C solution approach to both digital and analogue players. Commenting on his outlook for the sector, he concluded: “There is something irreplaceably tactile about playing a physical machine with physical buttons and physical cash, and because Cat C games are low stake and low max prize, the entertainment and enjoyment factors come much more into play. I genuinely believe that this is moving players towards our product and away from higher stake or less tactile environments.”