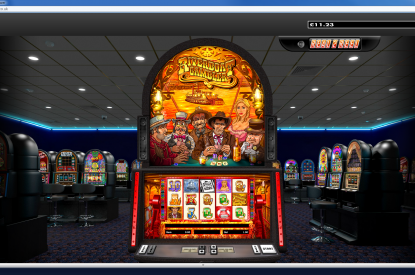 British slots and table games supplier Realistic Games has debuted two new five-reel slots; Riverboat Gambler and Snapshot, which will be delivered on their in-house ReGaL server, and will be available to both new and existing customers on phone, tablet and desktop.

As part of the release, the Oxfordshire-based business has also tailored another popular slot, Wild Safari, for phone and tablet to complement its existing desktop version.

Riverboat Gambler takes players on a nostalgic trip down the Mississippi River on board the Randall Steamer in search of a top prize of 2000 times the total stake.

Jackpots are triggered when five Riverboat Gambler symbols line up on any of the 20 win lines, with the symbol also awarding a multiplier to any win it helps create.

The 20 line Snapshot, which is based around a holiday photos theme, features a jackpot of 500 times the total stake, while five wilds award the jackpot prize.

Three or more scatter symbols in view awards 10 free spins, with the special ‘Snapshot’ symbol doubling the total feature prize whenever it is visible.

Realistic Games’ commercial director, Andy Harris, said: “These games are the opening salvo in a host

of new content we’ll be making available to our customers over the next few weeks.We hope that the quality of Riverboat and Snapshot and their availability across phone, tablet and desktop will help to make them a real success.”

Their popular slot Super Graphics Upside Down was recently nominated for eGaming Review’s Game of the Year award.