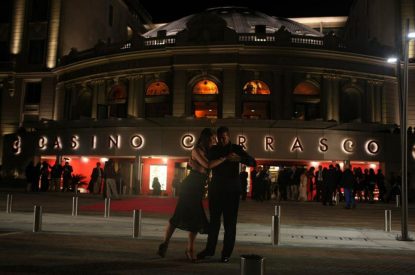 Uruguay’s National Federation of Gaming Workers went on strike for 24 hours in response to a new gaming law which is currently being debated in Uruguay which union leaders claim is being used to completely “secretly privatise” the gaming industry.

According to the draft of the new law, the government seeks to create a new governing body called the National Management of State Gambling and Casinos (Administración Nacional de Casinos y Juegos de Apuestas del Estado) which would exercise state control over all types of gambling.

It would also give the new gambling control board the responsibility to grant casinos license as well as enforce closures replacing the current National Administrative Board of Casinos (Dirección General de Casinos). In addition the new proposals also seek to create a new Betting and Gaming National Comptroller’s Office (Dirección Nacional de Contralor de Apuestas y Juegos de Azar) which would be responsible for the supervision of the quality of accounting and financial reporting of State Lotteries. This body would replace the Uruguayan Board of Lotteries and Pools Betting (Dirección Nacional de Loterías y Quinielas).

It is hoped that the new law will have major repercussions on the growth of illegal gaming which has been on the rise in Uruguay over recent years. However, union members believe that the new law, which went up for debate in Parliament in March, is really aimed at gradually phasing out the state’s role when it comes to running casinos. The former Secretary of the Presidency, Gonzalo Fernández had also previously criticised the new law, as in addition to placing stiff penalties on those individuals found to be operating illegal slot machines it would also impose sanctions on the player as well.

The most significant change to Uruguay’s gaming laws up until now came in 1995 when the government passed what is known as the “mixed system.” Under the mixed system private investors can set up a casino in a hotel but it is the state that manages and runs the casino for which it receives in return between 35 per cent and 45 per cent a percentage of casino profits. The mixed system has since 1995 become increasingly popular in Uruguay especially as the wholly state run casinos have been hit by a number of corruption scandals over the last five years leading in some cases to jail terms.