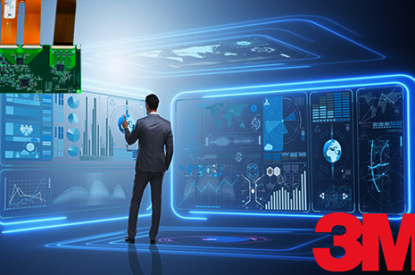 Technology giant, 3M, has decided to exit its Touch Systems business and plans to discontinue all Surface Capacitive, Projected Capacitive and display products currently in production. According to details from suppliers, the last shipments of 3M screens is expected to be completed by the end of March 2021, though the company is to stop taking orders from October 31.

According to 3M, the decision was made to allow the 3M Display Materials and Systems Division to focus on more significant growth areas that are better aligned to 3M’s fundamental strengths. The reality is that numerous suppliers capable of providing product, ranging wildly in price and quality, have been flooding the p-cap component market.

The quality of product offered by other component manufacturers across the market space has improved considerably over the past few years, which has meant that improvements in quality and availability has put significant cost pressure on 3M.

3M anticipates a smooth product discontinuation process and is committed to a high level of customer service throughout the product discontinuation process. Though the deadline for end-of-life is a little way away due to the volume of machines and equipment utilising 3M touch technology, the demand is extremely high putting pressure on the ability to produce 3M touch products in a timely manner.

UK-based E-screen is advising all customers to place orders as soon as possible. E-screen Managing Director, Jonathan Temple stated: “I want to reach out to all users of 3M touchscreens, both manufacturers and operators that need support for last time buys and transition to new technology. We currently have good stock levels and future orders scheduled for delivery, though these are selling quickly.