US – Alabama’s Wind creek to open in mid-December 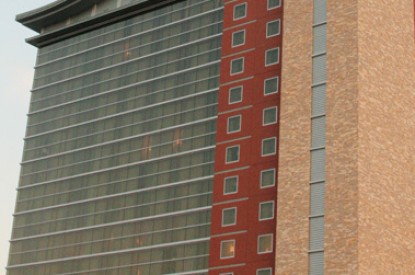 Wind Creek Wetumpka (WCW), the new luxury casino and hotel, located on the banks of the Coosa River in Alabama will open on December 17.

Wind Creek Wetumpka is the sister property of Wind Creek Atmore, one of only a handful of Alabama resorts to earn a prestigious  “AAA Four-Diamond” rating.  Both properties are owned by the Poarch Band of Creek Indians and operated by PCI Gaming, the Tribe’s gaming enterprise.

Property Manager, Cody Williamson, said: “We are thrilled that the casino and restaurants will open on December 17. The construction was a monumental effort.  It took more than 800 workers putting in a total of 1.4m hours to build the structure we see here today.  We used 2,500 tons of steel and more than 18,000 cubic yards of concrete alone in the construction. The scale of Wind Creek Wetumpka and the scope of its economic impact are considerable.”

The adjoining luxury hotel with its 283 finely appointed accommodations will open in late January or early February of next year.