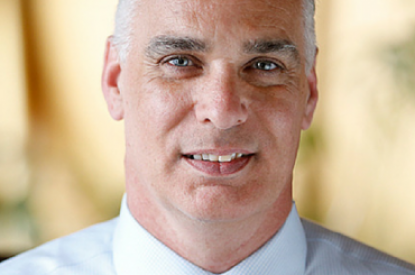 Phil Holmes, Vice-President of Strategy and Planning at the Atlantic Lottery Corporation (ALC), has urged gambling companies to peer into the future if they are serious about continuing to operate successfully in the years to come.

Due to speak at GiGse next month in San Francisco, California, Holmes will base his presentation around ‘Vision 2030’, an initiative that has been developed to help the ALC prepare for changes in the wider gambling market and allow the organisation to organise its operations to fit in with new trends.
In his session, which is entitled ‘Game Changer Scenarios’, Holmes will explain how he believes that issues of intrusion, circumvention, immersion and collaboration will influence the lottery and gaming industries over the next 15 years.

“A key failing of many businesses – not just lotteries – is that they do not look far enough ahead,” Mr. Holmes said. “Most organisations are absorbed with their day-to-day operations and as a result, spend too little time thinking about the longer-term, defining how it may differ from today and considering what factors may influence it. All too often, therefore, organisations develop new strategies that deal with yesterday’s problems rather those of tomorrow. The Vision 2030 strategic exercise at Atlantic Lottery enabled us to stretch the boundaries of our organisational thinking and more clearly envision what the future might bring – and more importantly, how we might need to react to remain relevant.”

Mr. Holmes went on to say that lotteries remain a “key economic engine” of the gaming industry despite the emergence of less traditional forms of gambling.

However, he did admit that the balance of power in the gaming industry is beginning to shift and organisations should be aware of these changes if they are to continue to offer successful lottery products and services.

A particular focus, he added, should be placed on evolving player preferences.

Mr. Holmes said: “A key question for gaming companies to consider is ‘what will lotteries do next? As revenues for traditional lotteries begin to decline, they will respond and evolve in order to maintain or grow their revenue streams. How they evolve and the operating models they adopt could be a significant threat to established and new gaming companies. Lotteries have not changed significantly over the years. For the most part, the products being delivered now would be easily recognised by customers from 40 years ago. To remain successful it is imperative that lotteries closely couple their product portfolios to evolving player preferences and to the trajectory of the industry. If they fail to do so, it will accelerate their level of irrelevancy and hasten their decline.”

Mr. Holmes’ presentation will take place on April 21, the second day of GiGse, which will run from April 20-22 at the Hyatt Regency in San Francisco, California.