US – BetRivers and former NBA coach George Karl team up 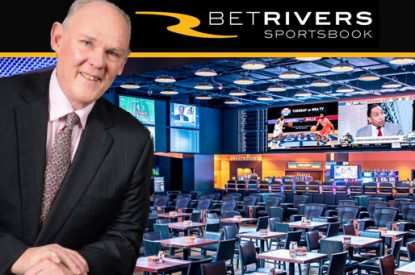 BetRivers.com has signed an exclusive content deal with George Karl, one of the most successful coaches in NBA history.

The 2013 NBA Coach of the Year, Mr. Karl is just one of nine coaches in NBA history to win over 1000 games, leading five different teams to the playoffs over the course of his illustrious 30-year coaching career.

The longtime Denver Nuggets head coach is now joining another winning team as Rush Street Interactive, LP, one of the fastest-growing online casino and sports betting gaming companies in the United States, welcomes George Karl as part of BetRivers.com new “Bet with a Winner” campaign.

“We are thrilled to partner with one of the greatest coaches in NBA history; someone who has deep roots and a strong passion for the game,” said Richard Schwartz, president of RSI. “George Karl was successful at every level of the sport, and we’re excited for him to bring his enthusiasm and knowledge to the sports betting arena here at BetRivers.com.”

This new partnership makes the All-Star coach an exclusive sports betting endorser of the BetRivers brand. Coach Karl will serve as the company’s brand ambassador and spokesperson and will be engaged in great upcoming promotions and events on BetRivers platforms. As a member of the RSI family, Karl will provide his insight and unique perspective on the NBA with BetRivers users on @BetRivers social media, additional digital and traditional media platforms.

“My philosophy to coaching and life has always been about being truthful, honest and real,” said George Karl. “RSI and BetRivers are developing real and meaningful relationships with their players and I’m looking forward to helping strengthen those ties through this partnership.”

A native of the Penn Hills suburbs of Pittsburgh, PA, Karl was a standout high school star who was recruited to play at the University of North Carolina. In four seasons at Chapel Hill, Karl earned All-ACC honors three times and was selected by the New York Knicks in the fourth round of the 1973 NBA Draft. Karl made his head coaching debut for the Cleveland Cavaliers in 1984, and would go on to coach 1,999 games for the Cavaliers, Golden State Warriors, Seattle SuperSonics, Milwaukee Bucks, Denver Nuggets, and Sacramento Kings. 680 of those games were for his hometown Nuggets.

During Karl’s career, his teams advanced to the playoffs 22 times in 27 seasons, making three appearances in the conference finals and one trip to the NBA Finals. Karl coached the likes of NBA icons Ray Allen, Carmelo Anthony, Chauncey Billups, Allen Iverson, Shawn Kemp and Gary Payton.

Presently, Karl is a co-owner of Truth+Media, a media business developing rich and engaging content focused on sports and leadership. The Truth+ podcasts, Sonics Forever and Truth+Basketball with George Karl, have become top hoops podcasts internationally in countries including the US, Australia, Canada and Spain.