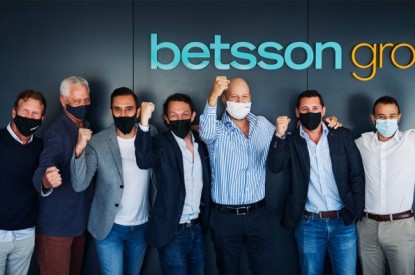 Scientific Games has taken the OpenGaming ecosystem live for the first time in Colombia with Betsson Group. Last year, the operator acquired a 70 per cent stake of one of Colombia’s first licensed operators, Colbet.

Colbet’s customers can initially access games developed by Scientific Games’ in-house studios, along with content supplied by its newly acquired business Lightning Box, as well as third-party providers Big Time Gaming and ReelPlay, with the full OpenGaming portfolio set to be made available in the future.

Alongside content, OpenGaming also gives access to complementary features and a host of responsible gaming tools. The debut of OpenGaming in Colombia marks Scientific Games’ first step into the LatAm online casino market.

Ciara Nic Liam, Director of Gaming at Betsson Group, commented: “It is important for us to offer a premium experience to players in Colombia and by launching with one of the industry’s pre-eminent content aggregation platforms, we are able to do exactly that.

“With the addition of Scientific Games’ in-house content and titles produced by leading studios in the initial roll-out phase, we can continue to present our customers with an ever-growing content catalogue with widespread appeal.”

Dylan Slaney, SVP Gaming, Digital at Scientific Games, said: “Betsson Group has big plans across both Colombia and the LatAm region and we are sure that our offering will appeal to its players across a wide demographic.

“This partnership represents the first step for OpenGaming in a vibrant market. Our sights are firmly set on building sustainable success across LatAm, one of the most important growth areas in the world for the iGaming industry.”