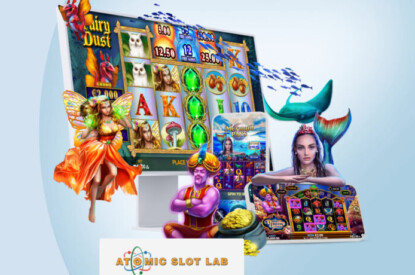 Bragg Gaming Group has announced that it has launched its new content and technology with Rush Street Interactive in New Jersey, further expanding the Company’s reach in the U.S.  RSI is one of the leading iGaming operators in the U.S., Canada and Latin America.

The roll-out with RSI in New Jersey is an extension of an existing collaboration between the two online gaming companies in North America, with Bragg launching its new RGS technology and content with the operator in Ontario and Michigan earlier this year.

According to H2 Gambling Capital, the interactive casino market in New Jersey is on track to generate US $1.6 billion in Gross Win in 2022, making it the largest regulated iCasino market in the U.S.

Lara Falzon, President and Chief Operating Officer for Bragg Gaming Group, said: “We already see strong demand for our games in New Jersey, where our Wild Streak Gaming and Spin Games studios have been live for several years. Now this rollout of our new RGS technology in the market with RSI’s BetRivers brand unlocks our rich new U.S. content roadmap to a new group of players.

“We are pleased to extend our long-standing partnership with Rush Street Interactive whose well-established brands and broad reach make it the perfect partner for us as we set out to further grow our presence in North America and introduce our premium content to local audiences.”

Richard Schwartz, Chief Executive Officer at Rush Street Interactive, said: “From our experience of working with Bragg in a number of markets, we know that its slot content is of the highest quality and resonates well with our players. We are pleased to launch the portfolio in New Jersey at Betrivers.com to further enhance and strengthen our partnership and bring our BetRivers customers more best-in-class casino content.”