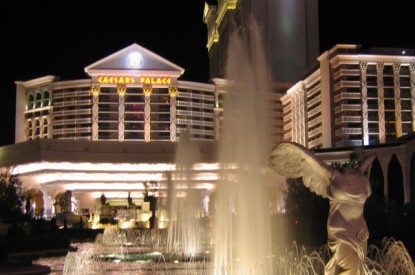 Caesars Entertainment has agreed key terms for a ground lease on land in Woodbury, New York, under the control of developer David Flaum its plans to pursue a license to develop a resort casino in the New York State.

Caesars, which operates 53 properties around the world, has submitted its application fee to the New York State Gaming Commission. The company will announce additional details about its proposed project in the weeks ahead. Caesars and Flaum are in the process of finalising definitive agreements between them, and will work together to secure the required permits and approvals associated with the proposed project.

Gary Loveman, Chairman and CEO of Caesars Entertainment, said: “Woodbury is already a well-known destination thanks to the world-class shopping at Woodbury Common. The site is ideally suited for the development of a resort casino given its proximity to transportation and other attractions. We are delighted to be collaborating with David Flaum, whose vision and experience will play a crucial role as we work to design and develop a project that fits well with the surrounding community.”

Mr. Flaum added: “We are thrilled at the opportunity to work with an experienced, world-class operator like Caesars Entertainment on a project that brings jobs and revenue to Woodbury, Orange County and the State of New York. As we continue

to build strong support from a broad array of local stakeholders, we look forward to working in partnership with all elected leaders and community members to ensure robust economic growth for the region. Our shared goal is to create the most successful project possible to generate a strong and steady stream of funding for our schools and communities.”

The proposed world-class luxury resort is planned to be situated on 121 acres of land in Woodbury, Orange County, adjacent to the Harriman Metro North station and Woodbury Common Premium Outlets. Located just 50 miles north of New York City, Caesars envisions that the resort will include a range of amenities, including a hotel, restaurants, bars, retail and entertainment/meeting space.