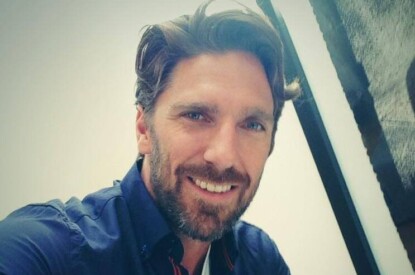 Part of Caesars Entertainment, Caesars Sportsbook has announced the signing of former New York Rangers legendary goaltender Henrik Lundqvist as an Ambassador to New York. With the official launch of mobile sports betting statewide, the Rangers franchise icon joins Caesars Sportsbook at an exciting time for the Empire State, which he called home for his illustrious 15-year NHL career.

“New York has always been a special place to me and it’s such an exciting time for this state,” said Henrik Lundqvist. “Becoming a part of the Caesars Sportsbook team going forward is an exciting opportunity as I enter into my next chapter. Caesars really does treat people like royalty and I can’t wait to interact directly with the incredible sports fans in New York on behalf of this partnership.”

Lundqvist will support Caesars Sportsbook in its mission to treat sports fans across New York like a Caesar through a wide array of fan engagement opportunities made possible through the industry-leading loyalty program, Caesars Rewards. Not only will sports bettors in the Empire State earn Tier Credits and Reward Credits with every wager placed on the app, but they will have the chance to personally interact with Lundqvist in various ways through upcoming activations.

“Henrik’s legacy in New York speaks for itself after the historic career he had for the Rangers and all of the great work he has done for the state,” said Sharon Otterman, CMO of Caesars Digital. “We’re thrilled to bring him aboard to help us engage with the passionate sports fans in New York as we offer them a sports betting experience worthy of the emperors they are.”

As an Official Sports Betting Partner of the New York Rangers, Madison Square Garden Arena and MSG Networks, Caesars Sportsbook is the presenting sponsor of “30 Days of 30” honoring Lundqvist, one of the most decorated and accomplished players in NHL history and who recently joined MSG Networks as a studio analyst for select Rangers telecasts. The special multi-platform campaign across MSG Networks linear, digital, and social channels with programming is currently airing for 30 days and nights, culminating on the night of Friday, January 28 when the Rangers will be retiring Lundqvist’s number 30 into the rafters at Madison Square Garden prior to the team’s game versus Minnesota.

Caesars Sportsbook is currently live in 21 states and jurisdictions—15 of which are mobile—and operates the largest number of retail sportsbooks across the country. The mobile app offers expansive wagering options, including live in-game betting, as well as safe and easy ways to deposit and withdraw funds. Caesars Sportsbook has partnerships with the NFL, NBA, NHL, MLB, and several individual teams, while being the exclusive odds provider for ESPN and CBS Sports.