US – City of Detroit sues for ‘improperly withheld’ casino cash 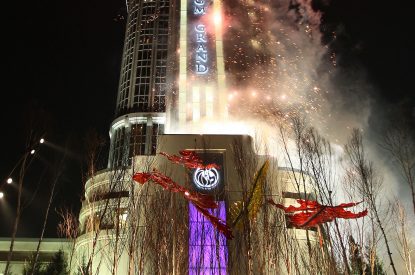 The City of Detroit has filed suit in Wayne County Circuit Court against Syncora Guarantee Inc. to recover up to $11m a month in casino revenues that the City believes are being improperly withheld due to Syncora’s conduct.  This threatens the City’s ongoing restructuring efforts.

Wayne County Circuit Court Judge Annette Berry granted the city’s request for a temporary restraining order and enjoined US Bank from refusing to make payments to the city.

At issue are the actions by Syncora, a monoline insurer, to keep Detroit from receiving revenue collected from the City’s three casinos.

In 2009, the City pledged a specific revenue stream, payment from the developers of the City’s casinos and taxes upon each casino’s gross receipts, as collateral to secure the City’s obligations on certain hedging agreements. Syncora insured these hedge agreements, which are often called swap agreements.  Syncora also insured certain of the $1.4bn in certificates of participation that were issued to shore up the underfunding in the City’s two public employee pension funds in 2005 and 2006.

“Syncora is exerting power it does not have to get money to which it has no legal claim, and its actions are putting the City’s entire restructuring efforts in peril,” said Detroit Emergency Manager Kevyn Orr.

Orr said the casino revenue Syncora is holding up each month is enough to pay for two month’s worth of salaries for Detroit firefighters or keep City police on the streets for 30 days.

Syncora’s repeated demands to trap the casino revenues came in the midst of ongoing negotiations between the City and the swap counterparties, UBS A.G. and Merrill Lynch Capital Services, Inc. to restructure nearly $340 million in secured  debt and free up approximately $11m in monthly casino revenues to reinvest in essential services for the City’s 700,000 residents. Syncora’s actions have brought these negotiations to a virtual standstill.

There are no payment defaults under the swap agreements and Detroit is currently in full compliance with its payment obligations under the collateral agreement.

Syncora’s effort to trap Detroit’s casino revenues is a deliberate attempt to push Detroit onto the horns of a dilemma — either offer concessions to Syncora on the COPs that it insures or risk a $340m termination payment.

The casino revenues were pledged in 2009 to avoid this same risk. As the US economy worsened in 2009, and tax revenues fell precipitously, Detroit faced a looming $340m termination payment to several banks. To prevent the balloon payment, the City agreed to use casino tax and development revenues as collateral for the swap counterparties.  The City was negotiating with the swap counterparties to resolve the swaps claims and free up the casino revenues when Syncora disrupted that revenue stream with its unfounded trapping demands. Syncora is seeking to advantage its unsecured position on the COPs to obtain preferential treatment over the City’s other unsecured debt and legacy obligations.

On June 14, the City announced it would not be making its $40m COPs payment because it was conserving cash to fund essential City services.  At the same time the City released its proposal to restructure its almost $15 billion in debt and legacy obligations, which proposed limited recoveries for unsecured obligations like the COPs, but full payment for obligations secured by a specific revenue stream, like the swap agreements and the casino revenues.

“We are taking this action because we will leave no stone unturned to put Detroit back on its feet financially,” said Mr. Orr. “The urgent needs of Detroit’s 700,000 residents and the future of the City should not be held hostage by Syncora or any other party that insists on obstructing our efforts unnecessarily.”