US – Confusion over whether Senecas will stop payments to NY State 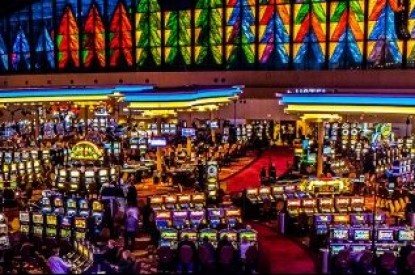 The Seneca Nation of Indians has said it will stop sharing its gaming revenue with New York state at the end of the month, although New York officials remain confident that payments will continue after April 1.

Seneca President Todd Gates said the tribe would make payments to the three cities where its casinos are located in exchange for services, but that its financial obligation to the state as outlined in a 2002 compact had concluded.

The Senecas operate three casinos in Western New York: the Seneca Niagara Casino in Niagara Falls, the Seneca Buffalo Creek Casino in Buffalo and the Seneca Allegany Casino in Salamanca.

President Todd Gates said: “Our obligation to the state ended. This will be something new. We’re looking at the local share. And we’ve always been a good neighbour here in Western New York. We’ll continue to be a good neighbour. Western New York is our home. We’re not going anywhere and we have good relationships with a lot of local leaders and the business community. Per the plain language of the compact, revenue share contribution exists for 14 years. This is not new. The language of the compact has not changed. We are following the language of the compact as we always have.”
However, Governor Andrew Cuomo’s office believes the payments will continue.

Cuomo spokesman Rich Azzopardi said: “It’s clear this payment structure remains in place. If the new leadership of the nation has questions, or a different interpretation of this, they haven’t shared them with us, but we’re willing to meet and discuss any issues.”

Niagara Falls Mayor Paul Dyster said the Senecas remain obligated to make payments and ‘any assertions to the contrary are categorically incorrect.’

“My administration is prepared to assist in brokering any dialogue necessary and looks forward to working with all parties to reach a solution,” he said.