US – Connie Jones joins AGEM as Director of Responsible Gaming 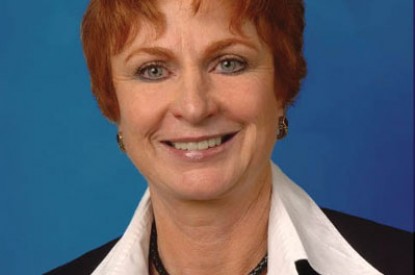 The Association of Gaming Equipment Manufacturers (AGEM) has announced the appointment of Connie Jones as its Director of Responsible Gaming.

A 20-year veteran of the gaming industry, Jones previously served as Director of Responsible Gaming for IGT and has been dedicated exclusively to responsible gaming for the past 14 years.

In her new role with AGEM, she will create the AGEM Responsible Gaming Policy and Plan, provide the global AGEM membership with quarterly reports on responsible gaming technologies and their business implications, and represent AGEM with a variety of organizations and at industry events, conferences and trade shows.

Since its inception in 2000, AGEM has been a strong supporter of organizations and initiatives dedicated to addressing problem gambling issues.  AGEM has directly contributed more than $1 million to leading organizations such as the National Center for Responsible Gaming (NCRG), the National Council on Problem Gaming (NCPG), The Problem Gambling Center, the Nevada Council on Problem Gambling and GamCare in the United Kingdom. Additionally, AGEM has provided support for specific events such as the Midwest Conference On Problem Gambling And Substance Abuse in Missouri, the International Conference on Gambling & Risk Taking in Las Vegas and the European Conference on Gambling Studies and Policy Issues in Greece.

“Appointing Connie to the position of AGEM Director of Responsible Gaming is a natural extension of our organisation’s efforts and a reflection of the growing influence of AGEM,” said Thomas Jingoli, President of AGEM. “She is widely considered the pre-eminent expert from the supplier side on problem gambling issues and will continue to be at the forefront of an issue our industry is committed to addressing in a smart and thoughtful way.”

“AGEM has long been committed to responsible gaming organizations and issues and I am pleased and honored to join AGEM and represent our 128 member companies from 19 different countries,” Jones said. “It’s important that the suppliers participate in the process to address problem gambling issues and contribute to the improvement of research, education and treatment options. Furthermore, expansion of interactive gaming is providing new challenges for gaming manufacturers that I can assist with in my new position.”

Jones originally became involved with responsible gaming in January 1999 when she was recruited from the government relations team of Powerhouse Technologies Inc. to oversee its new Corporate Responsible Gaming Program. Through a series of mergers, Jones assumed the responsible gaming role for IGT. Jones has helped to strengthen the bridge of communication and understanding between the gaming industry, specifically a gaming machine manufacturer, and the problem gambling communities. She has presented at numerous problem / responsible gaming conferences and events both domestically and internationally. Jones was also one of the first women honored by Casino Enterprise Management magazine as one of the “Great Women in Gaming.”

In 2009, Jones was appointed by Nevada Governor Jim Gibbons to the state’s Advisory Committee on Problem Gambling and reappointed by Governor Sandoval in 2013. She is currently a member of the International Masters of Gaming Law (IMGL) and chairs its Responsible Gaming Committee. She has worked closely with the treatment community, government bodies and gaming industry representatives to formulate strategies to address compulsive and problem gaming.