US – Deutsche Bank to sell shares in Red Rock Resorts 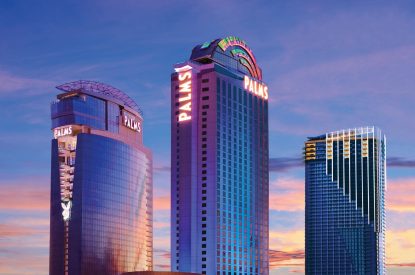 Deutsche Bank is looking to sell off its US$400m share in Red Rock Resorts, formerly known as Station Casinos, an operator of more than a dozen casinos across Nevada and California.

The German bank wants to offload its 16.9 per cent holding in the company that runs Red Rock Casino, Green Valley Ranch, , Palace Station, Boulder Station and Sunset Station Hotel & Casino, to name but a few and who in May launched a $312.5m takeover of Palms Las Vegas, a deal that it completed last month.

Deutsche Bank’s role as a casino owner has been called into question by Nevada Union due to its guilty plea to criminal wire fraud. It had to pay $2.5bn of penalties to settle the charges.
Two other stakeholders; Oaktree and Fidelity are also looking to offload shares in Red Rock. They own 3.8 per cent and 6.9 per cent of the operator, respectively.

“Our second quarter performance demonstrated solid operating results as we achieved our highest second quarter Adjusted EBITDA since 2008. “The second quarter was a transformational period for Red Rock Resorts as we successfully completed our initial public offering, announced an agreement by Station Casinos to acquire the Palms Casino Resort, and completed a refinancing of Station Casinos’ credit facility,” said Marc Falcone, Executive Vice President, Chief Financial Officer and Treasurer. “We believe these significant accomplishments, combined with the strength of our existing operations, position us well for future growth.”