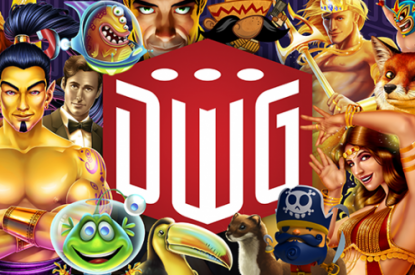 A mix of DWG’s top-performing slots and premium LuckyTap titles, including Break the Bounty LuckyTap and 10X Fortune, are now live on Caesars Casino in Michigan via Light & Wonder’s OpenGaming platform.

The partnership will see DWG content added to other Caesars’ brands, including World Series of Poker and Harrah’s, in multiple states in the near future.

Caesars Entertainment Senior Vice President, iGaming, Matthew Sunderland, said: “At Caesars, we take pride in bringing an exceptional online casino experience to our players across the U.S. and DWG is like-minded and committed to bringing some of the most innovative games to the market. We’re thrilled to offer Caesars players in Michigan access to DWG’s quality titles.”

DWG CEO Troy Zurawski added: “Caesars is home to many of the most iconic gaming brands in the U.S., which makes them a perfect home for DWG content. By launching initially with Caesars Casino Michigan, we’re bringing our top titles to a significant audience with high expectations for their gaming experience. We’re confident that Caesars Entertainment will love what DWG brings to the table.”

Adding another Tier 1 operator in Michigan cements DWG’s position as one of the most exciting content suppliers in regulated U.S. markets. Several of its games are among the highest performing in the country, and the studio already holds licenses in three other states: New Jersey, Pennsylvania, and Connecticut.