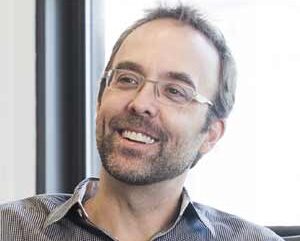 FanDuel Group, the premier online gaming company in North America, has announced two appointments reflecting each executive’s contributions to the success of the business.

Effective immediately, Christian Genetski has been promoted to the role of President, FanDuel Group and Mike Raffensperger has been named to the newly created position of Chief Commercial Officer. Both executives will continue their long tenures with FanDuel, during which they have helped steward the company’s explosive growth. The promotions of Genetski and Raffensperger provide FanDuel with important leadership continuity, with each executive having separate and direct reporting lines into Amy Howe, Chief Executive Officer.

“It cannot be overstated how seminal both Christian and Mike have been to not only the success of FanDuel but to the industry more broadly,” said Howe. “Each have helped nurture and evolve FanDuel from innovative upstart to the dominant market leader in sports betting and i-gaming. I am delighted to expand their roles as we continue into the future.” Howe added, “Keeping Christian’s deep institutional knowledge within FanDuel was critically important to me. In his expanded role, Christian’s expert voice will impact decisions that are vital to creating a sustainable long-term business, while providing critical continuity for FanDuel to thrive in the future. Similarly, Mike’s leadership of our revenue producing commercial units and marketing is a structure we believe best positions us for growth and reflects how important his performance has been to our success.”

As President, Genetski will oversee all of FanDuel’s business development, partnership, corporate strategy, and government affairs units. He will also be responsible for driving FanDuel’s vision and execution of strategic partnerships and new business initiatives to extend the company’s leadership position. Previously FanDuel’s Chief Legal Officer, Genetski has played a historic role working with legislators, regulators and industry counterparts across the United States to unlock sports betting in the U.S., build the regulatory framework operators follow, and do so in a manner that positioned FanDuel for success. Genetski navigated the company and the Daily Fantasy Sports (DFS) industry through a series of existential regulatory challenges, most notably when he brokered an agreement with the New York State Attorney General that paved the way for New York to legalize and regulate DFS along with more than 20 additional states. It was his work that helped build a bridge for the company’s entry into sports betting and i-gaming following the repeal of PASPA by the United States Supreme Court in 2018. Since 2018, he has led industry efforts to open mobile sports betting in 15 states and put mobile sports betting on the ballot in California this November. Genetski’s tenure is also highlighted by his leadership in securing FanDuel’s market access footprint, including ground-breaking market access partnerships with professional sports franchises, as well as the official partnerships the company enjoys with the NBA, NFL, NHL and PGA TOUR.

Raffensperger has been appointed to the newly created position of Chief Commercial Officer, overseeing revenue generation across FanDuel’s sportsbook, casino, racing, daily fantasy and free-to-play platforms. The new position significantly expands Raffensperger’s duties to include commercial leadership, which had previously been run by Howe. In addition, he will also assume oversight for FanDuel’s content and programming assets including the company’s broadly distributed cable network – TVG. Previously FanDuel’s Chief Marketing Officer, Raffensperger will continue to steer both the marketing and now commercial units, forming a more cohesive structure that better positions the company for success into the future. During his tenure as CMO, Raffensperger’s leadership has helped fuel the explosive growth and market share dominance FanDuel enjoys today. In that time, the company has surpassed its competitors in nearly every major market despite significantly less marketing investment while delivering far superior unit economic performance. This success has been powered by an agile customer acquisition strategy, disciplined approach to media and a keen eye for disruptive talent that has seen the company smartly leverage the popularity of Pat McAfee and others to enormous commercial success. Raffensperger has made FanDuel a leading advocate for responsible gambling launching bespoke advertising and signing a historic agreement with Craig Carton to serve as the company’s first Responsible Gaming Ambassador.