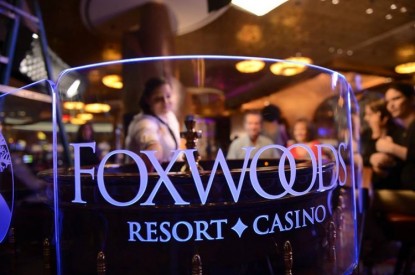 Last month, Foxwoods continued their 30th anniversary celebrations with June T-Shirt Tuesdays, where guests were able to take home a special edition t-shirt every Tuesday of the month and were automatically entered to win additional prizes. Foxwoods also hosted opportunities for guests to win more each Wednesday of the month, with the $100,000 Fun in the Sun Kiosk Game, as well as the $200,000 Explosion Hot Seat, where every 30 minutes, 30 winners had the chance to win $500 in Rewards Points.

Additionally, Foxwoods hosted some of the area’s most fabulous drag queens for their BINGLO event, where guests played games for concert tickets, surprise giveaways and the chance to win over $30,000 in cash and prizes.

Comedy continued to shine last month with performances from Nick Swardson, Trevor Noah, and Sal Vulcano, and performances from the biggest names in rap and hip-hop, including Busta Rhymes, Lloyd Banks, Juvenile, and Mase. Also, the Grammy Award-winning group, Kool & The Gang performed top hits from the 70s at Foxwoods earlier this month.

Looking ahead to the rest of July, Foxwoods has several events, promotions and concerts happening throughout the month.

Every Sunday from now through 4 September, Foxwoods is hosting the Northeast’s only outdoor Vegas-style pool party at Liquid Sundays, where guests can enjoy celebrity guests, amazing DJs, a full-service bar, and more. Additionally, every Friday night through the end of August, Foxwoods is hosting Bash on the Grass on the Grand Pequot Tower Lawn, which features a selection of food trucks, summer cocktails and local live bands every week.

Foxwoods is continuing with their Summerfest Gaming Promotions available every day of the week, including:

– Extreme Mondays, where guests can earn extra Foxwoods Rewards Points or Tier Credits
– $90,000 Thrill Tuesdays, where guests have the chance to win their share of $10,000 on every Tuesday of July from 12pm – 6pm with Foxwoods’ Tuesday Tier Status Hot Seat
– $225,000 Winning Wednesday’s, with an opportunity to walk away with a share of $25,000 in cash & prizes every Wednesday in July during Foxwoods’ Summer Beach Ball kiosk game
– Thirsty Thursdays, where 10 guests will win a $1,000 Foxwoods gas card each, every week
– Lucky Fridays, with the chance to win a share of over $300,000 in cash and prizes

Finally, as part of Foxwoods monthly donation initiative for the resort casino’s 30th anniversary, Foxwoods Resort Casino continues to donate $30,000 to local non-profit organizations, including Hartford Gay & Lesbian Health Collective, outCT, Rhode Island Pride, and New London NAACP – as a thank you to the Connecticut community that has supported Foxwoods throughout its 30 years.