US – Full House feels the rising cost of property insurance 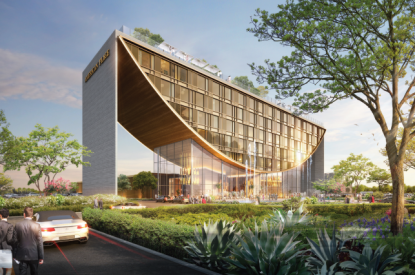 Revenues came in at $44.4m, a decrease from $47.4m in the prior-year period. Adjusted EBITDA in the 2022 second quarter was $12.1m versus $14.9m in the prior-year period, largely due to planned construction disruptions at Bronco Billy’s; the launch of online sports wagering in Louisiana, which adversely affected Silver Slipper’s sports wagering revenues; and increases in certain costs. The prior-year’s second quarter was the company’s strongest in recent years, having benefited from customers receiving government subsidy payments due to the COVID-19 pandemic.

Reportedly due to high damage claims in recent years, the cost of property insurance has risen significantly in recent years. Property insurance costs at the Silver Slipper, for example, have increased from $2.5m in 2020 to $3.2m in 2021 and are anticipated to be $4.9m in 2022. The increase in such costs in the second quarter was $0.4m over the prior-year period. Management believes that such costs will improve in future years.

“We made significant progress on our growth projects during the second quarter,” said Daniel R. Lee, President and Chief Executive Officer of Full House Resorts. “Our casino site in Waukegan, Illinois, has been transformed, with the Sprung structure now nearly complete. We are now installing utilities within the structure for items like bathrooms, bars, and slot machines, and expect to pour the floor slab within the next month. We have identified and are placing orders for The Temporary’s approximately 1,000 slot machines, have hired much of the management team for the property, and have begun hosting job fairs for positions throughout the casino. When The Temporary opens, as anticipated, in the fourth quarter of 2022, it will be the only casino in Lake County, Illinois, which has a population of approximately 700,000 and ranks as one of the wealthiest counties in the US.

“At our Chamonix project in Cripple Creek, Colorado, construction also continues at a swift pace,” continued Mr. Lee. “The central tower, which anchors the casino and includes the spa, has topped out. The parking garage is complete, and the guest rooms above the garage are starting to take shape. Foundations for the final guest room tower are currently being completed. Brick and glass are now being installed on the facade. When complete, Chamonix will be one of the larger casino hotels in Colorado and easily the largest and most luxurious casino hotel in Cripple Creek, which is the primary casino destination for the Colorado Springs market. Cripple Creek is approximately one hour from the roughly one million people who live in the Colorado Springs MSA and two hours from the approximately four million people who reside in the Denver area. Chamonix is currently anticipated to open in mid-2023.”

“The Temporary is expected to cost in the neighborhood of $100m, which consists largely of the Sprung structure; slot machines, decor and facilities within the Sprung structure; surrounding site work; preopening costs; and an estimated $33 million of upfront license fees. A significant portion of the $100m budget, including payments for the purchase of slot machines, will not be due until after the opening of The Temporary. We anticipate some additional investments for storm sewers and other site infrastructure that is required for construction of the permanent casino, which is planned to be built on land adjoining The Temporary. The permanent American Place casino is anticipated to open by late 2025, within three years of the opening of The Temporary.”

Continued Mr. Fanger, “The construction cost of Chamonix is still estimated to be within its budget of $250m, including contingencies. This does not include refurbishment of the adjoining, existing Bronco Billy’s casino. We are currently doing a light remodel of certain portions of Bronco Billy’s, estimated to cost approximately $2 million. While we have plans for a more extensive refurbishment of Bronco Billy’s, we have decided to defer such potential project until after the opening of Chamonix.

In Mississippi, Silver Slipper Casino and Hotel’s revenues were $21.1m in the second quarter of 2022, versus $24.2m in the prior-year period. The prior-year period was the best second quarter in the property’s history, having benefited from customers receiving government stimulus payments due to the COVID-19 pandemic, and thus making for a difficult comparison. The revenue decline also reflects the competitive launch of online sports wagering within nearby Louisiana, with sports wagering revenues declining from $0.5m to $0.1m in the second quarter of 2022.

The Colorado gaming market, including Cripple Creek, has shown significant growth since betting limits were eliminated in May 2021. Nevertheless, due to significant construction disruption, revenues and Adjusted Segment EBITDA declined in the second quarter of 2022 versus the prior-year period. These disruptions include the temporary loss of all of the property’s on-site parking and all on-site hotel rooms, as well as the temporary loss of major portions of the casino. To alleviate the lack of on-site parking, Bronco Billy’s currently offers complimentary valet parking and a free shuttle service to an off-site parking lot, both of which resulted in increased operating expenses. The casino has also maintained much of its payroll, despite reduced activity levels, anticipating the need for the larger workforce required to open and operate Chamonix. Nevertheless, some expenses, such as gaming taxes and costs of food and beverages, vary with activity levels. Revenues were $4.1m in the second quarter of 2022, versus $6.4m in the prior-year period.

In Nevada, where the company operates Grand Lodge Casino, which is located within the Hyatt Regency Lake Tahoe luxury resort in Incline Village, and Stockman’s Casino, which is located in Fallon, Nevada, revenues were $5.2m in the second quarter of 2022, an increase from $4.7 million in the prior-year period. Both properties in this segment benefitted in the prior-year period from customers receiving federal stimulus checks. Grand Lodge, moreover, also benefitted from a gradual recovery from the pandemic, such that the recent quarter achieved more normal levels of operation than did the year-ago quarter. Adjusted Segment EBITDA for both quarters was $1.4 million, with the increase in revenue offset by an increase in labor costs.

The company’s on-site and online sports wagering “skins” (akin to websites) in Colorado, Indiana and, upon launch, Illinois saw revenues and Adjusted Segment EBITDA of $2.2m in the second quarter of 2022, an increase from $1.5m in the prior-year period. These results reflect an acceleration of deferred revenue for two agreements that ceased operations in May 2022, when one of the Company’s contracted parties ceased operations.

The company said: “We anticipate entering into new agreements for the utilization of such skins, one each in Indiana and Colorado, but there can be no assurance that we will be able to replace these agreements on similar or better terms as our existing agreements, or at all.”

In May 2022, the company entered into an agreement whereby affiliates of Full House and Circa Sports will jointly develop and manage on-site sportsbooks at both The Temporary and American Place. Circa Sports currently operates at Circa Resort & Casino in Las Vegas, and offers online sports wagering in several states. In addition to the on-site sportsbook, Circa Sports will utilize Full House’s expected mobile sports skin in Illinois to conduct Internet sports wagering throughout the state, subject to customary regulatory approvals. In exchange for such rights, the Company received a market access fee of $5m in May 2022 and will also receive payments based on a percentage of sports betting revenues, with a minimum annualized payment of $5 m. The term of the agreement is for eight years, followed by two four-year extension opportunities at the option of Circa Sports.