US – Global tablet gaming to increase three times by 2019 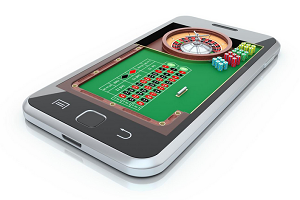 New data from Juniper Research has revealed that by 2019 worldwide revenues from tablet games will reach $13.3bn; a threefold rise on the 2014 figure of $3.6bn.

The report highlights that growth will be fuelled by a number of key factors including improved storage capacity of devices, better graphical capabilities, increasing mobile broadband penetration and consumers’ preference for convenience and ubiquity.

The report, Mobile & Handheld Games: Discover, Monetise, Advertise 2014–2019, also found that the next year could be critical for smaller, independent games developers. It argued that in marketplaces now containing over 1m apps, greater funding would be required to optimise the opportunity to achieve consumer awareness, and suggested that crowdfunding would represent an increasingly popular option.
The report also argued that there will be strong growth in monetisation of smartphone games across emerging markets, with carrier billing deployments increasingly facilitating storefront payments in countries with lower banked penetration rates. It claimed that with micro-apps now being embedded in messenger services, these may serve as an additional delivery channel for games in the medium term, stimulating further growth.

Meanwhile, Juniper’s sister report, PC & Console Games: Trends, Opportunities, and Vendor Strategies 2014-2019, concludes that amid declining sales, a shift to digital game software distribution and adapting elements of the free-to-play business model are inevitable. Competition from newly emerging dedicated game hardware manufacturers, such as Steam Machine and Shield, poses new challenges for the traditional players as well as an opportunity for the segment to revitalise itself.

The report also found that advertisements are becoming increasingly key in revenue generation, as only about six per cent of mobile games will be paid for at point of download in 2019.
Diversified gaming offerings have resulted in a sharp uplift in the scale and session length of social/casual games amongst wider demographics.

The whitepaper, ‘Mobile & Tablet Games ~ Making Players Payers’, is available to download from the Juniper website together with further details of the full report and Interactive Forecast Excel (IFxl).