US – Hard Rock Atlantic City ready for one year celebration 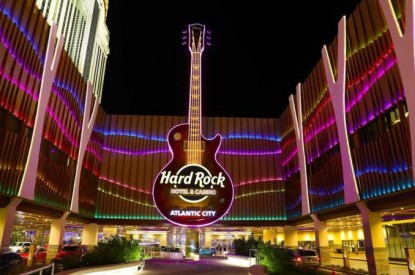 Hard Rock Hotel & Casino Atlantic City will be celebrating its anniversary weekend with a parade, spectacular shows and the launch of the summer’s biggest promotion where one winner will receive $1m.

In its first year, Hard Rock Atlantic City will have generated $320m in gaming revenue, hosted 450,000 concert attendees, had 3.6 million visitors and accommodated approximately 1.2m hotel guests. Hard Rock Atlantic City continues to show growth in the market, ranking No. 2 in terms of table game drop and number four in overall casino revenue. Within the first year, the property won awards for, “Best Concert Venue,” “Best Lobby Bar” and “Best Casino” as voted on by locals.

Jim Allen, Hard Rock International chairman & CEO, said: “I could not be more proud of our talented team members for their hard work and dedication to providing world-class service during last year’s opening. We are very happy with the growth of the Atlantic City market and look forward to another great year.”

The property has made its way to become the second largest casino employer in Atlantic City, employing over 3,900 team members, with 945 of those team members being Atlantic City residents. Most recently, an additional 350 seasonal jobs were added creating more employment opportunity for residents of Atlantic County and the surrounding communities.

“People, product and service is what sets us apart and allows us to showcase a unique resort destination, along with our team members who are truly the backbone of our operation,” said Joe Lupo, President of Hard Rock Hotel & Casino Atlantic City. “We are extremely proud of how far the property has come in a short period of time and look forward to continuing to take a competitive approach with a priority on success and leadership in Atlantic City.”

In celebration of the first anniversary, Hard Rock Atlantic City will launch a summer-long promotion, making one lucky winner a millionaire with entries earned beginning at 8 a.m. on June 28. Customers can enter to win by playing their favorite slots or table games, both on property and online. The guaranteed winner will be announced on 1 September.