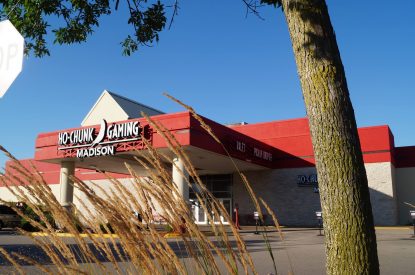 With Nebraska’s Voters approving initiatives, which will see casinos launched at six licensed racetrack enclosures, the Ho-Chunk tribe has confirmed it will spend $300m to open casinos at tracks in South Sioux City, Omaha and Lincoln.

Almost 65 per cent of voters green lit three ballot initiatives to change the state’s constitution to allow casinos at the six licensed horse tracks and devote some of the revenue to property tax relief and local governments. A 20 per cent annual tax will be imposed on gross gaming revenue on casino games at licensed racetrack locations.

Lynne McNally, of the Horsemen’s Benevolent and Protective Association, said: “We’re, thrilled, absolutely thrilled. Seventy per cent of Nebraskans are within 60 miles of a slot machine today. I think a lot of people think, ‘hey, you know what, they’ve got gaming and all these other states, why don’t we offer this as an option and keep the tax revenue here? We wait for rules and regs, and we wait for the governor to appoint the additional two members to make the Racing Commission the Racing and Gaming Commission.”

Ho-Chunk is the economic development arm for the Winnebago Tribe. It has formed a sub-division WarHorse Gaming to oversee the new casinos.
Ho-Chunk CEO Lance Morgan said: “This represented a large investment for us. I think it’s going to be a huge deal for Nebraska. You don’t get more of a mandate than 65 to 70 per cent on something. For it to come through, with all the hurdles, is a huge deal. It’s going to be a real boom for the racing industry and really rural Nebraska.”

Construction is expected to begin next spring with the Lincoln and Omaha racetracks expected to launch casinos six months later. Atokad is likely to take another three months.

At Fonner Park in Grand Island, CEO Chris Kotulak, added: “The majority has spoken in Nebraska. I want to thank the Ho-Chunk tribe and the Nebraska Horsemen’s Benevolent and Protective Association for leading the charge in these three casino initiatives. I am especially thrilled for the Nebraska thoroughbred racing industry because this will result in saving their industry and become a significant boost for Nebraska agriculture. The breeding of thoroughbred racehorses and the demand for farmers to produce product for the racehorses will generate a revitalized economy in the state. Our board has had preliminary discussions on the prospect of a casino being developed here at Fonner Park and there is not any concrete opposition to it. The windfall of casino profit that would go towards stimulating the racing industry by will regenerate the whole Nebraska thoroughbred industry and make us competitive with the nearby state.”

Mike Newin, CEO and GM of Horseman’s Park Lincoln Race track, said: “The casinos are going to employ over 4,600 people, but we can’t turn a slot machine on or take a sports wager of playing a blackjack game until the gaming commission is established and regulations are ready to go. Racing will flourish and grow,” he added. “In three to five years, I think we will start seeing trainers and owners in Iowa finally come back home to Nebraska.”

It is estimated that Nebraskans spend $500m a year over the border in Iowa.

Wes Ehrecke, President of the Iowa Gaming Association, said: “We’re still trying to rebound in all the markets because of COVID-19. To have something like this coming online could have a ripple effect.”